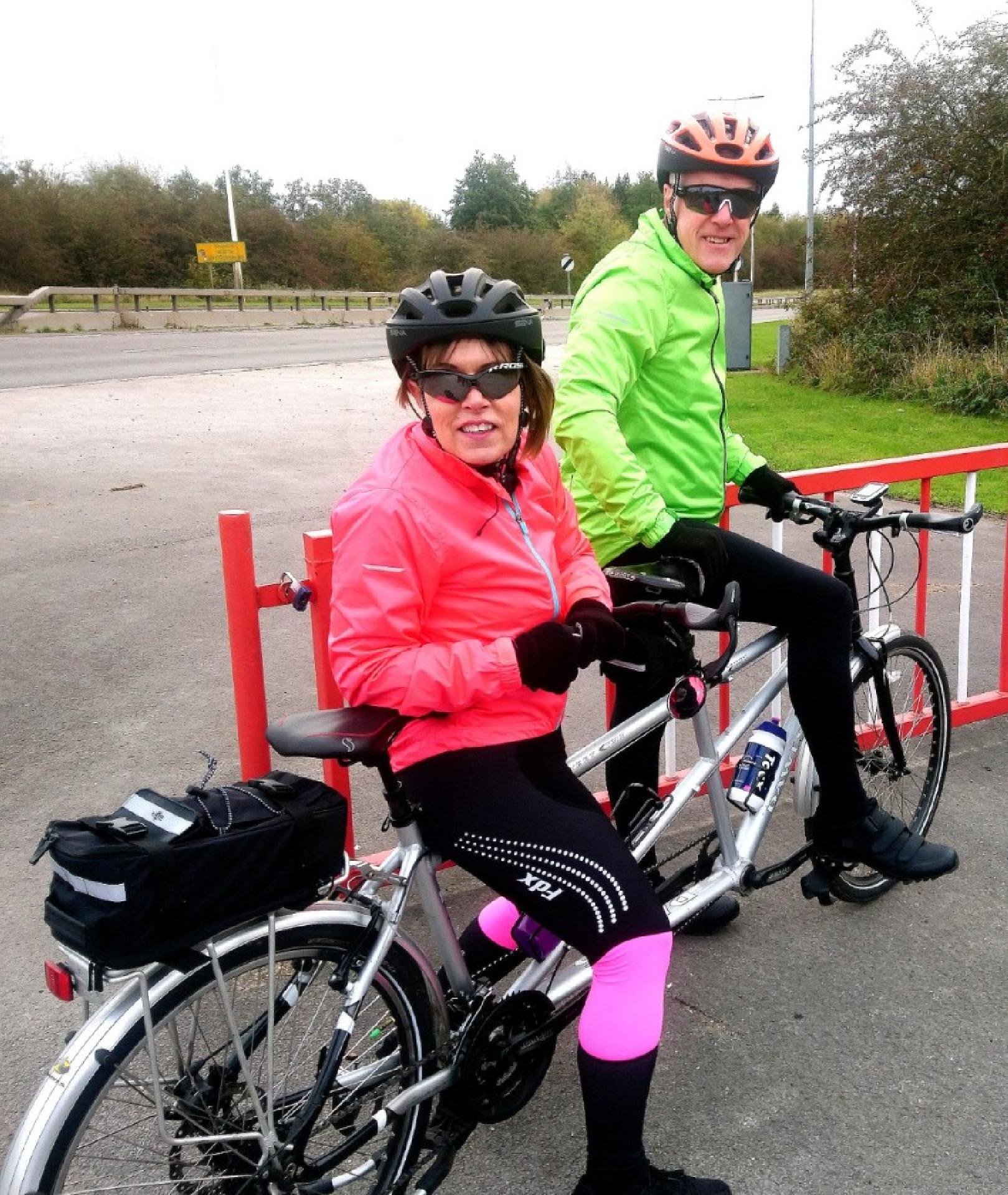 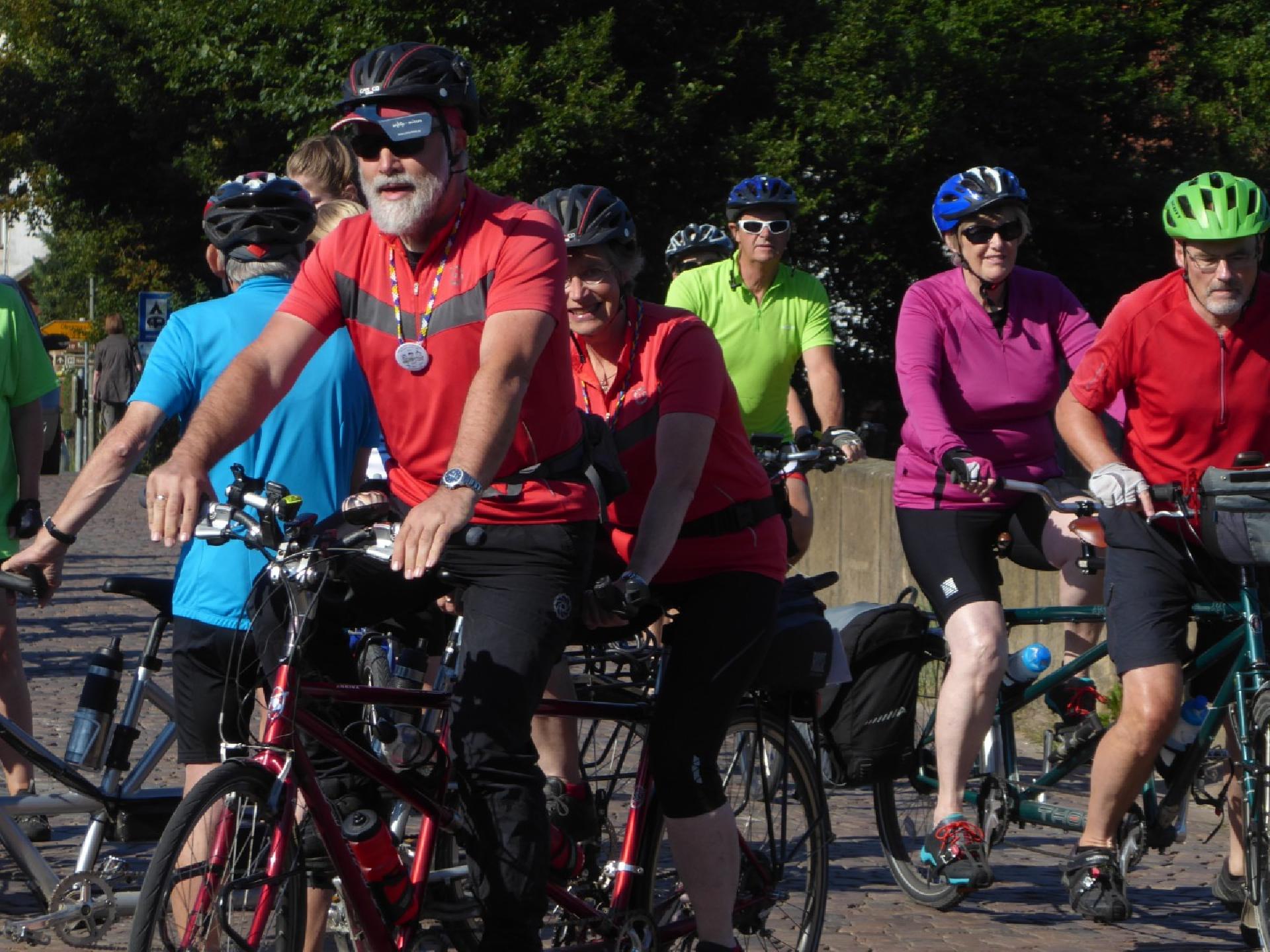 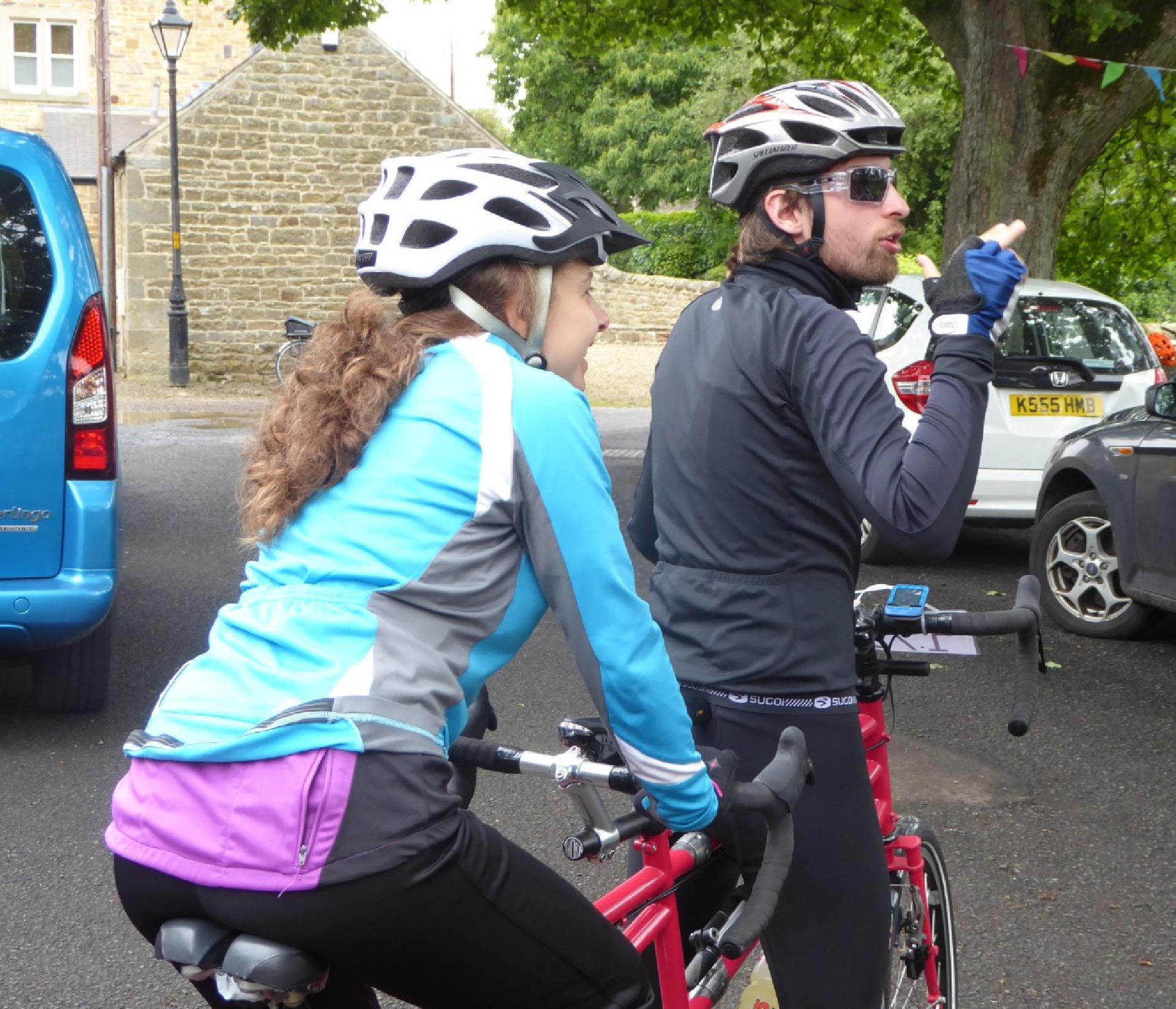 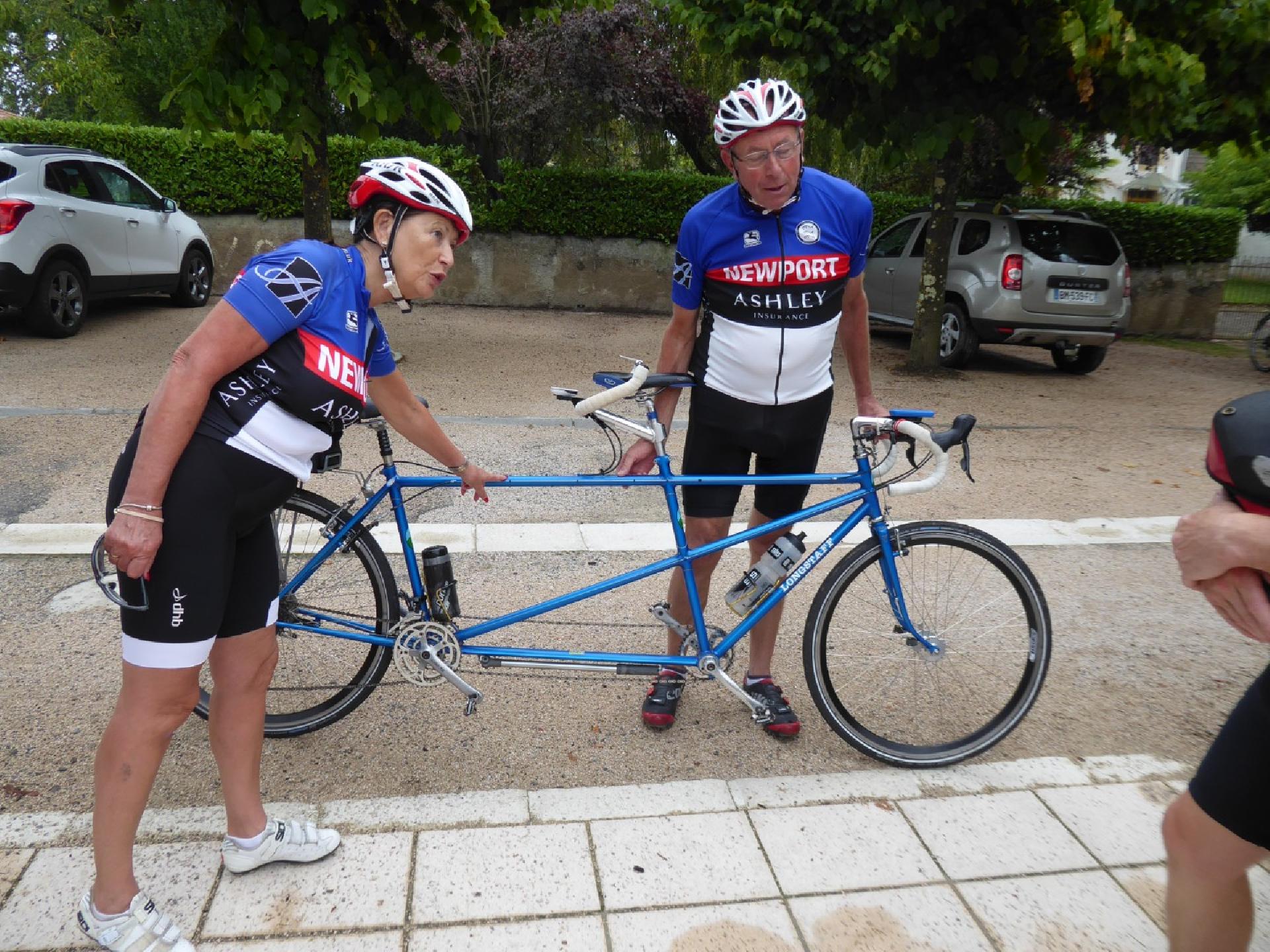 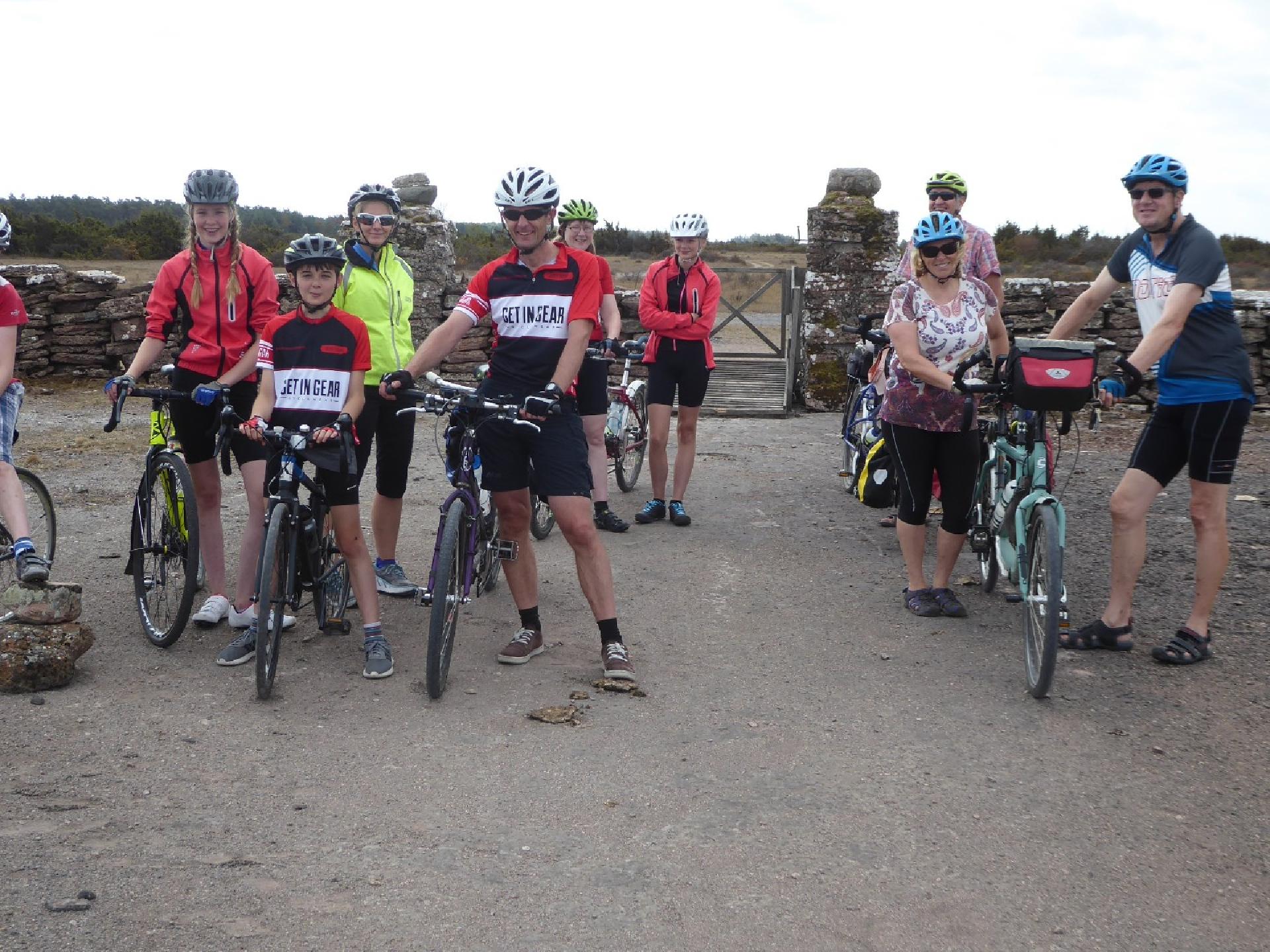 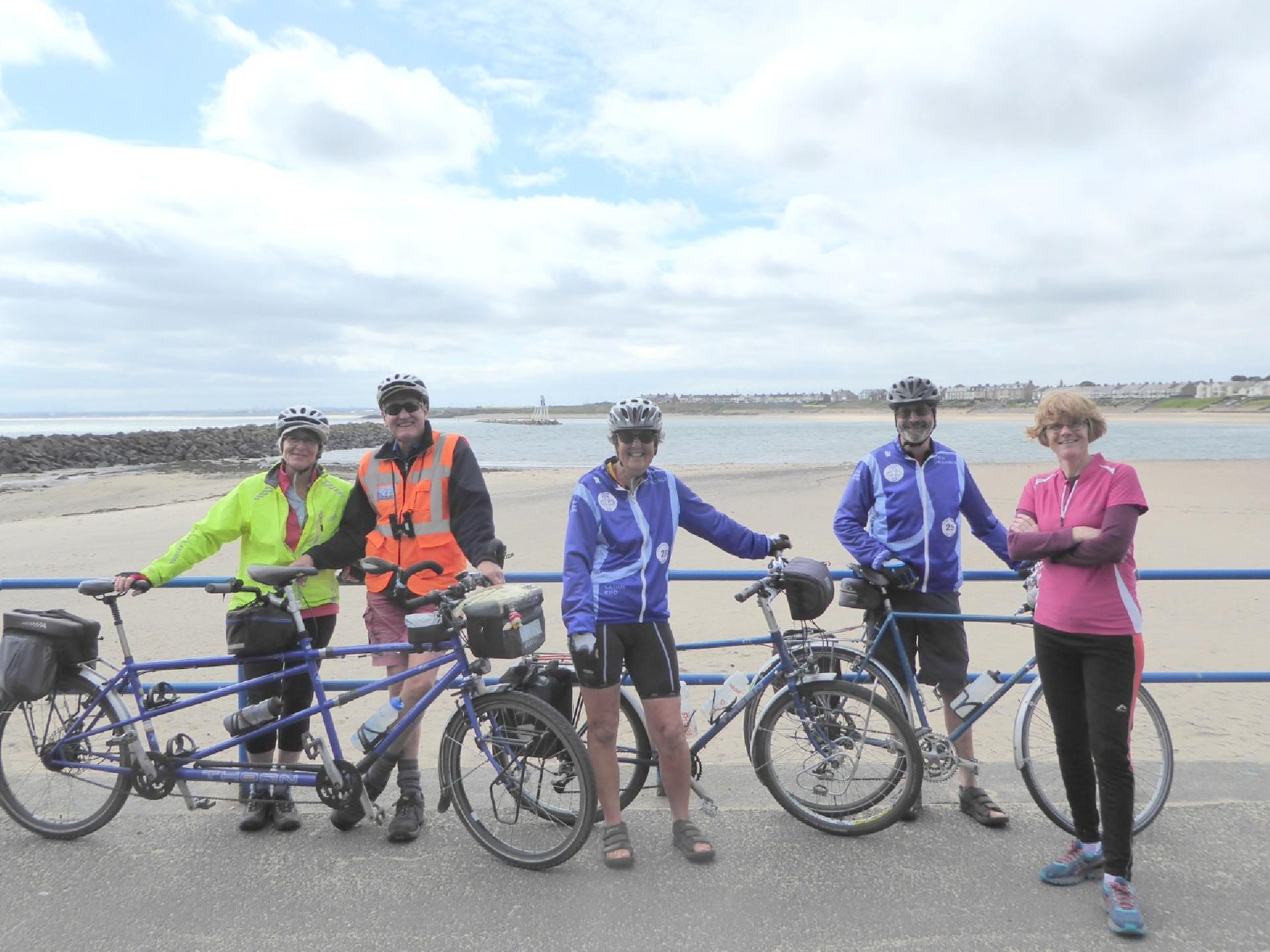 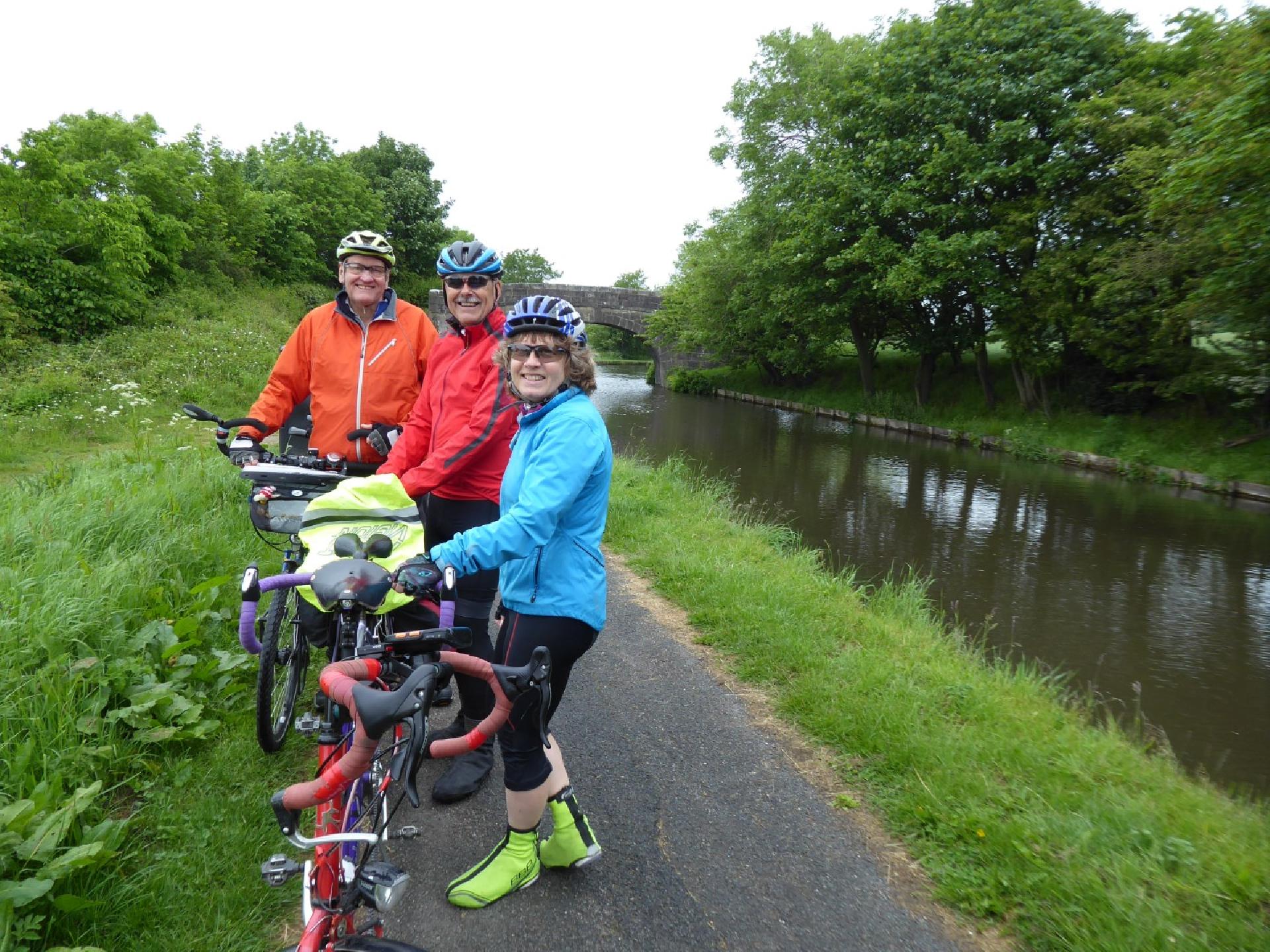 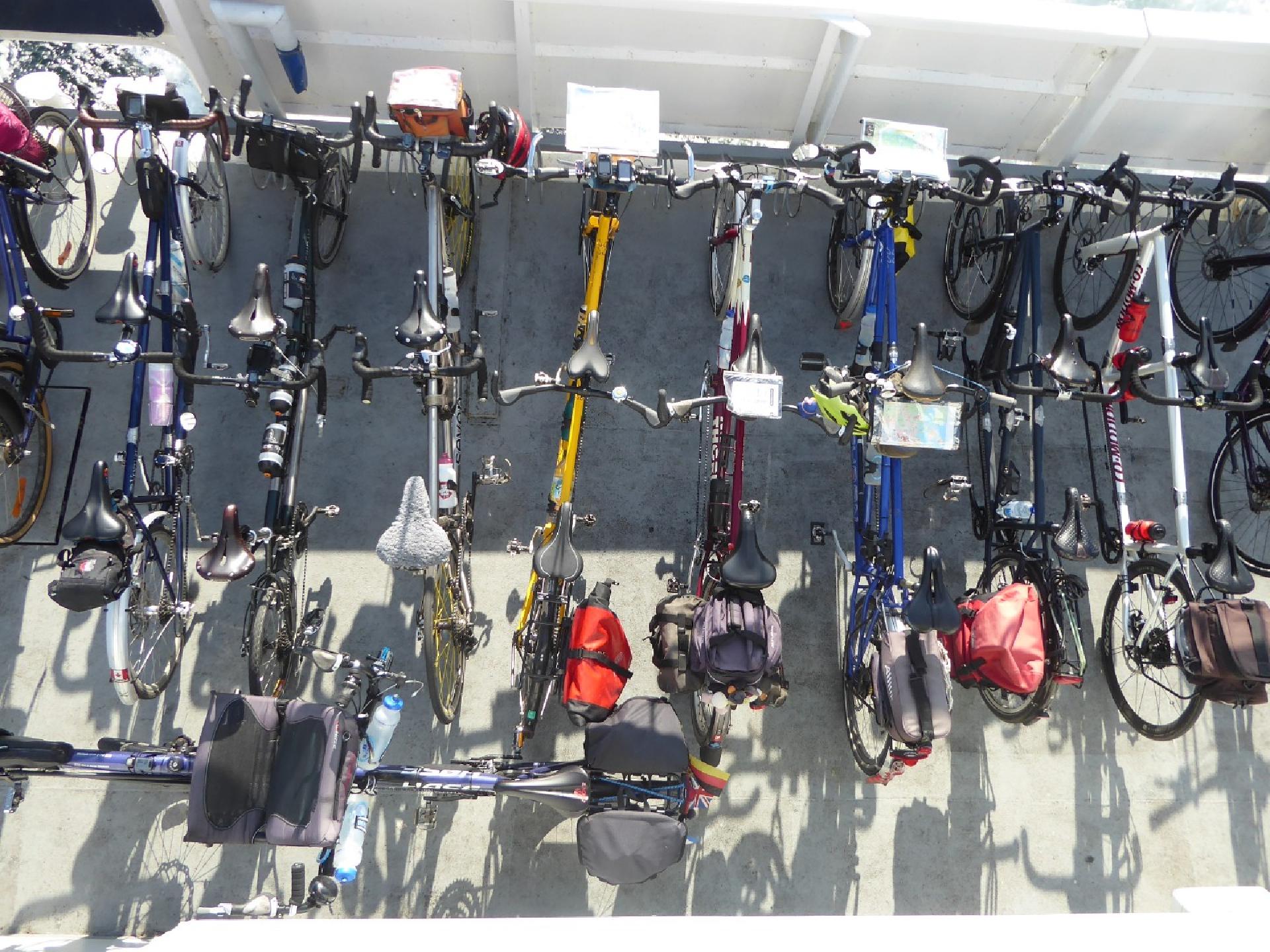 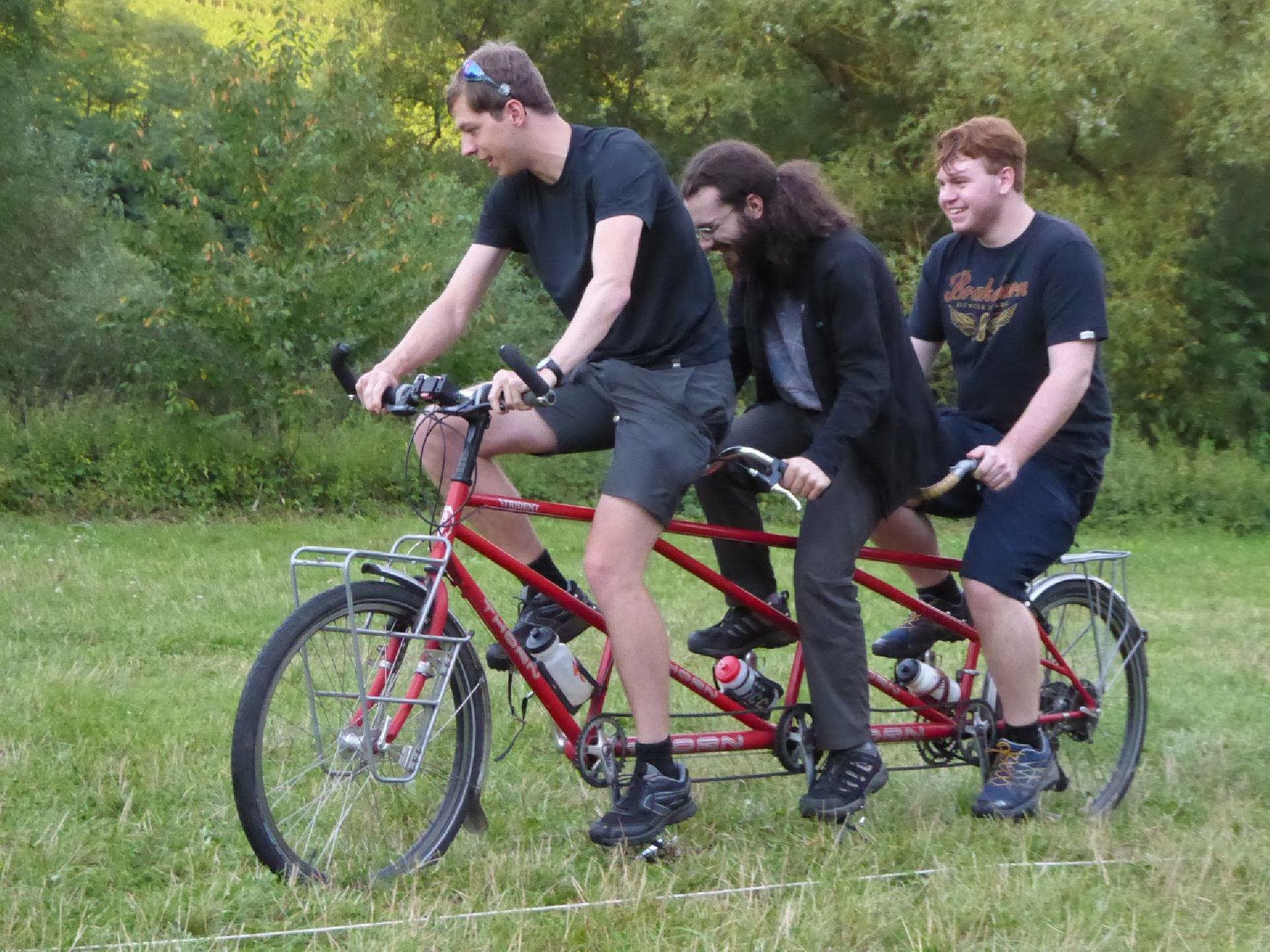 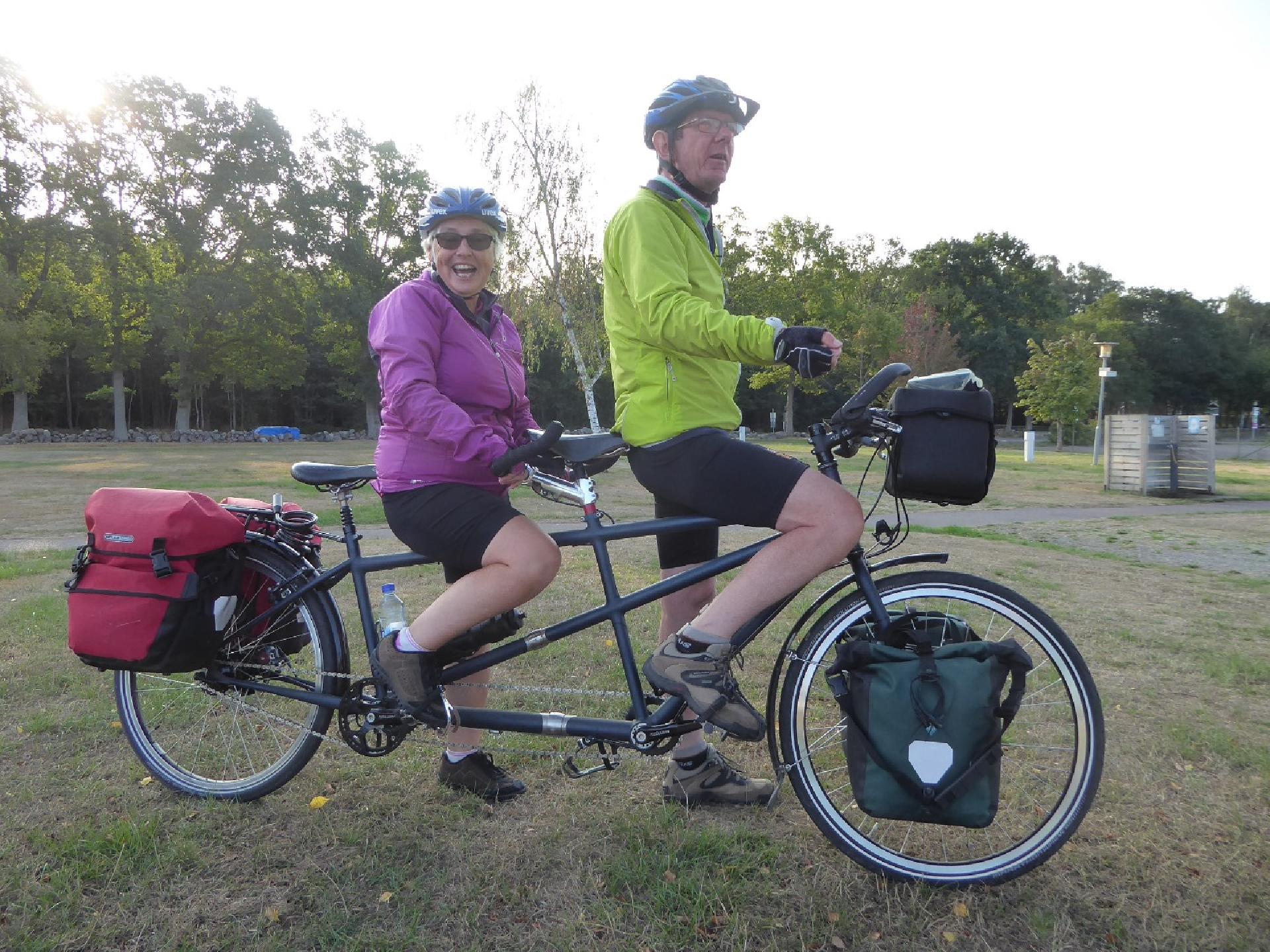 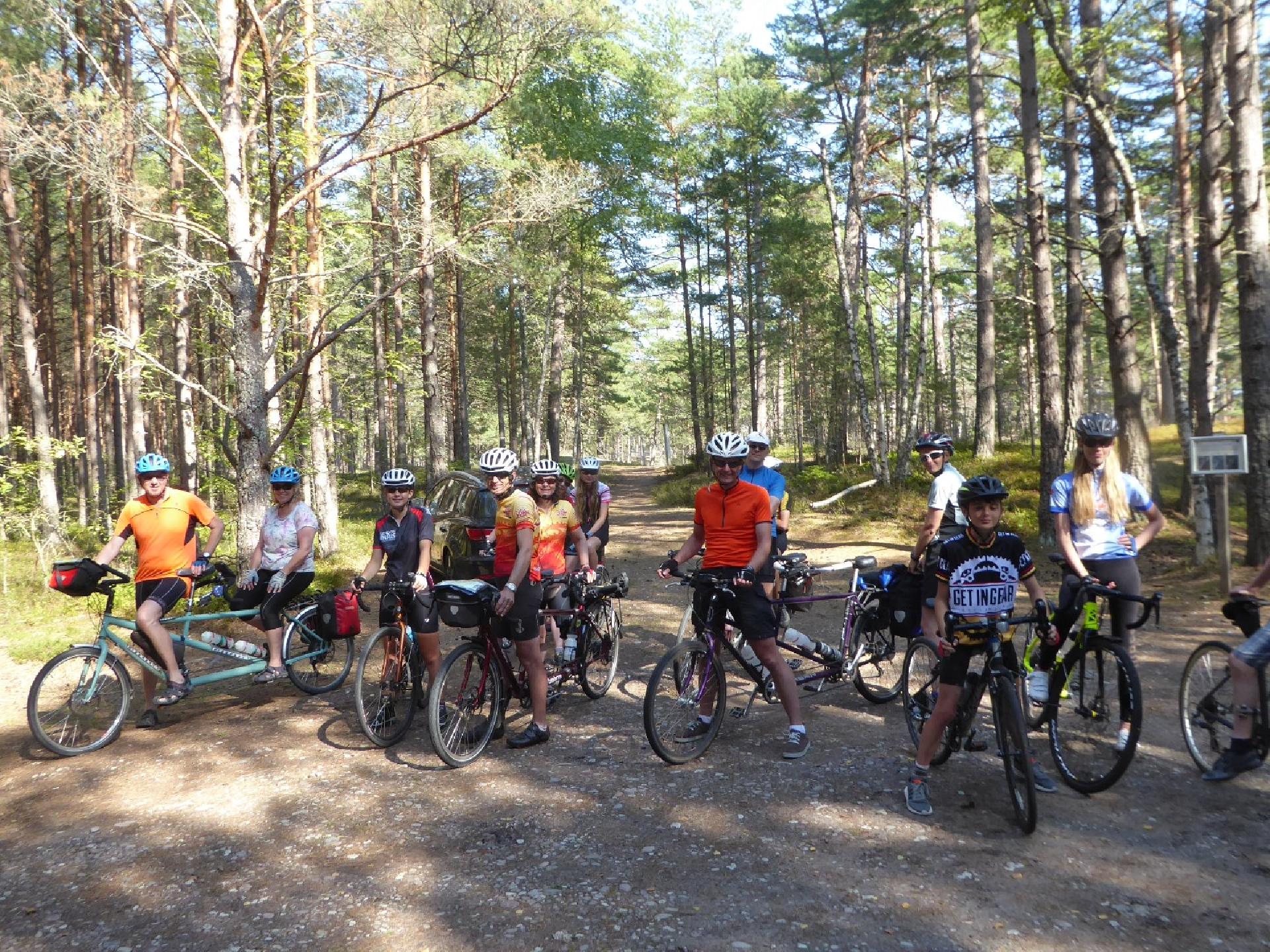 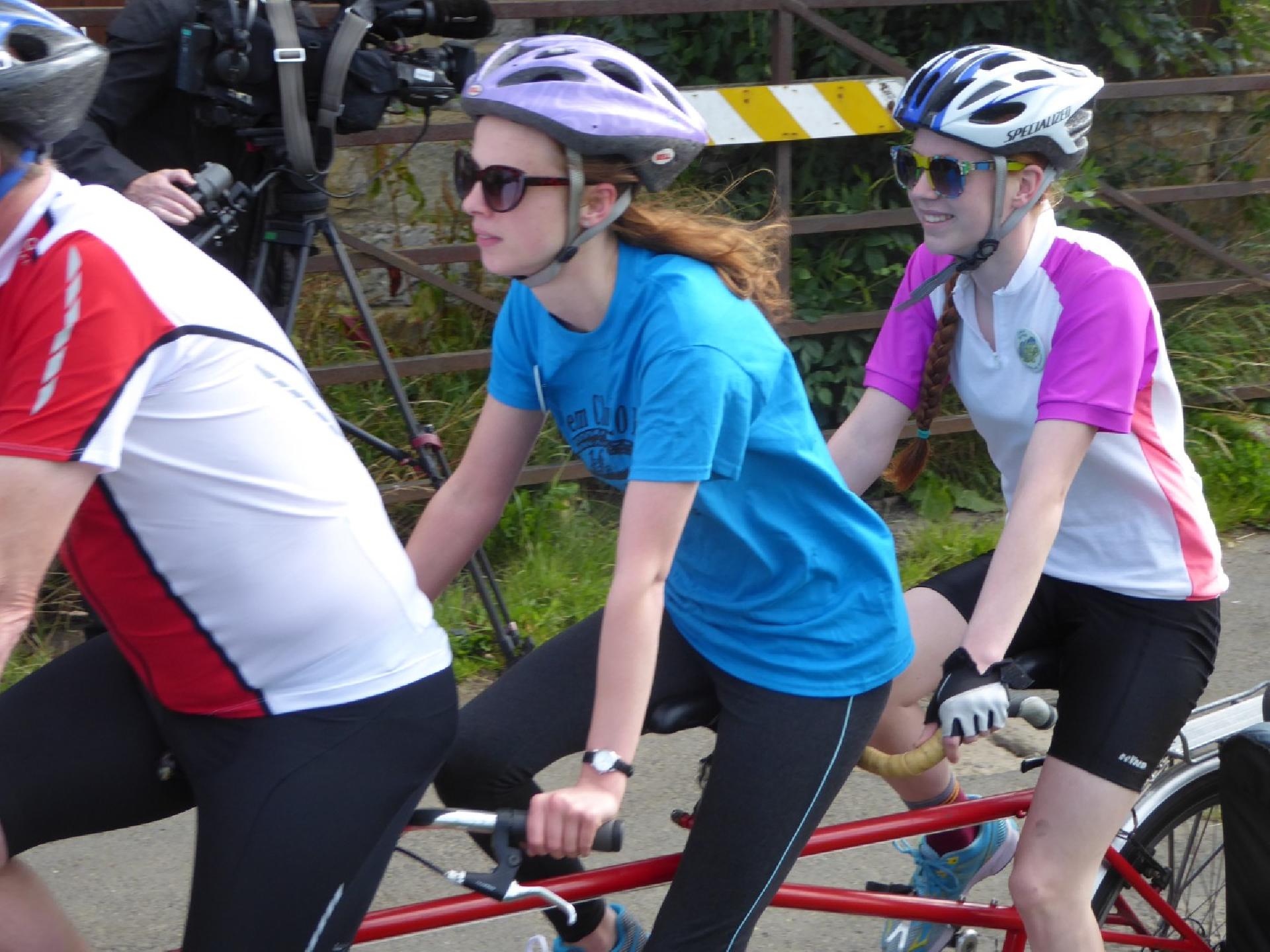 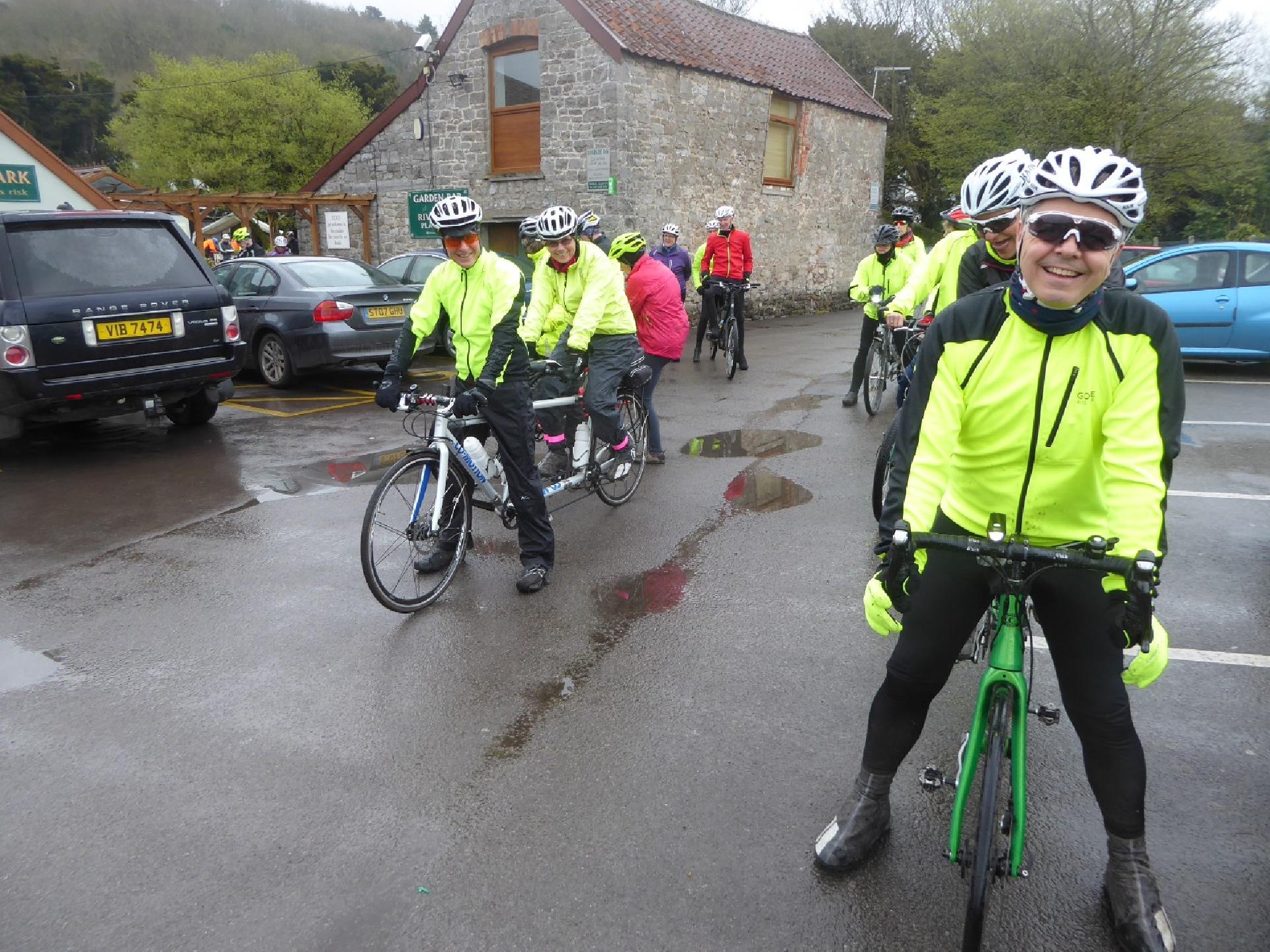 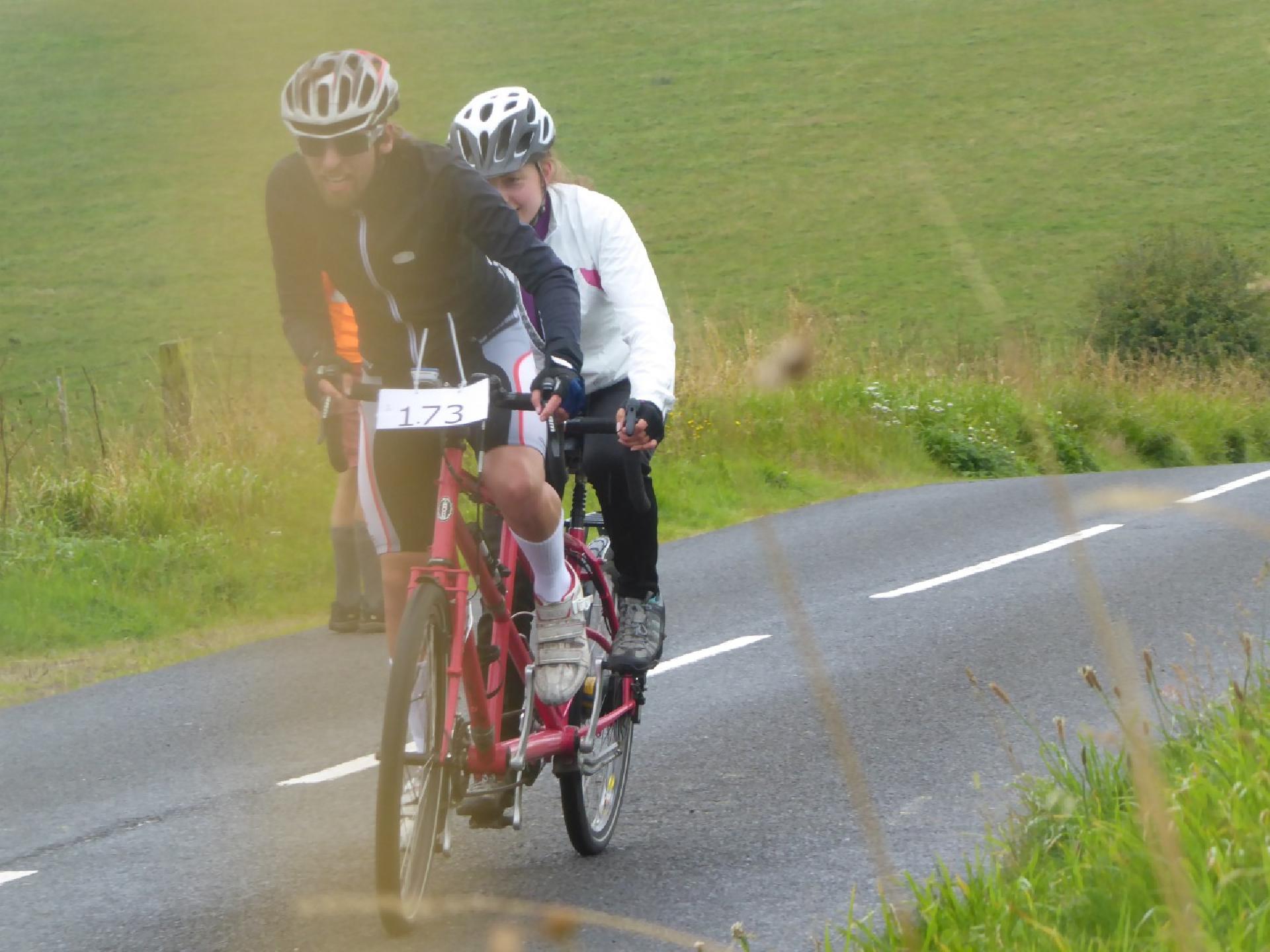 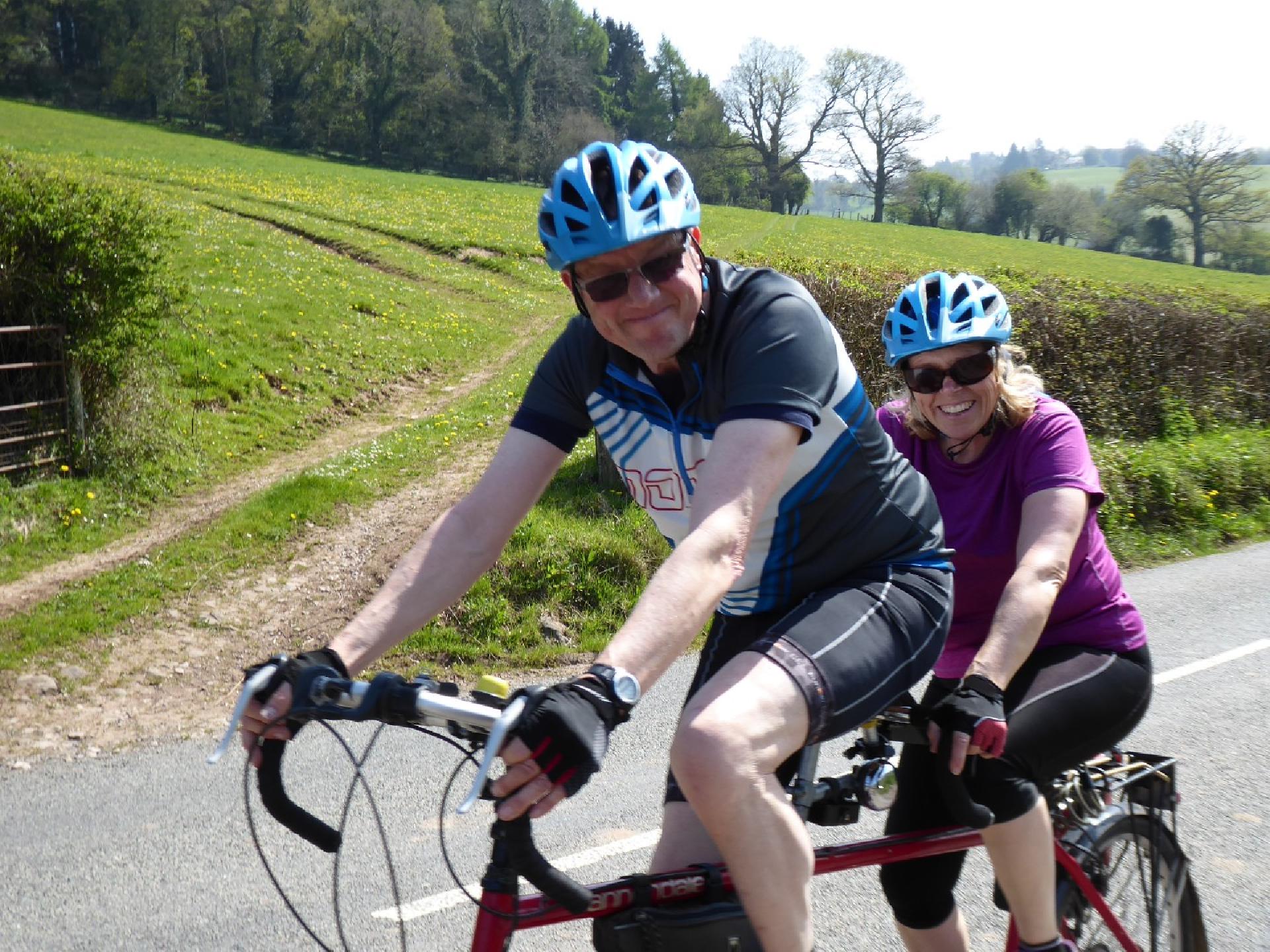 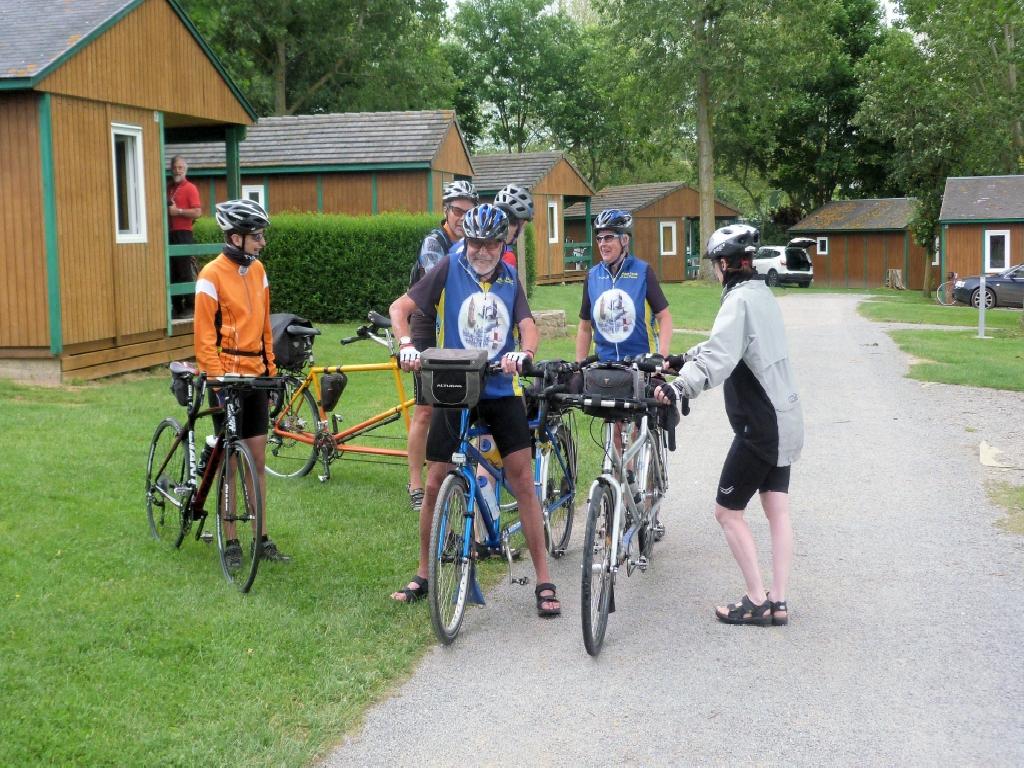 Preparing to set off
About the Tandem Club

Note you can no longer login to the website using the generic Journal month based logins. This has been done for security reasons. You now need to have an individual user login on the website based on your email address. This can be setup using this link: https://tandem-club.org.uk/user?cmd=register

If it's raining outside and you'd like something to do then why not add a few icons to the Tandem Club ride map. I've added over 1000 and the map is looking pretty good for the South West. Anything from teashops to Farm Parks to Ancient Monuments that can be visited for free. There really is nothing like this anywhere else and if every member did just 10 that map would look prety impressive and would be a fabulous thing. Go on you know you want to, brew a cup of tea, grab a mince pie and look at https://tandem-club.org.uk/rides?cmd=placeList. Just Shift/left click on the place, add a description and away you go. Any question, I'm about at Neil@Tandem-club.org.uk

09/12/2020Peter Hobson
My wife and I, Have a Tandem called the White Rabbit. It is named after a loving bunny we have called Jester. Jester is a 18 Month old, Continental Giant, Red eyed White rabbit. He was born on the 01 April, Hence the name Jester. For charity Jester has had a Children's book published. Entitled Jester's 1st Christmas. it is available from Amazon. All money raised from the sale of the book will go to Charity. The book can be obtained from amazon at the following link. https://www.google.com/aclk?sa=L&ai=DChcSEwjY4qPfzsHtAhVK1O0KHcT1AvIYABAHGgJkZw&ae=2&sig=AOD64_0Xh1ug_rslEgf_sKQaXKtEXx5Lrw&ctype=70&q=&ved=2ahUKEwjyx5nfzsHtAhWUThUIHaNqDAIQ-pECegUIAhDHAg&adurl=
07/10/2020Peter WeeksHighway Code consultation

Forum: All
Tandem 2003 routes
Found Thankyou very much
Rides, cafes and so much more on the Tandem Club Site
I've organised events for over 25 years, starting with the Tandem Club, lateraly with CTC Holidays for 17 years and now with 9 other ex CTC Holiday leaders with Bikexplore During that time I have written maybe 50 route sheets with GPX instructions a year from the UK to Japan In that time I have used more ...
Why join the Club?
On the Club's Facebook Group we post a "join the Club" message every month or two which always brings in new Members. Would you like to write a few words saying why you joined and what you enjoy about the Club and let me have it to post on FB. (More interesting than hearing from me every time). Than more ...
Rohloff gear changing
We have just joined the club so sorry this is a bit late. Having used a standard chain/gear Burley Softride tandem for over 20 years we bought a Landescape Rohloff Belt Tandem a few years ago. Gear changing is no problem; I am a lot heavier than my wife which may help! The big advantages for us are more ...
Group News
Taunton
03/01/2021December 2020 Report 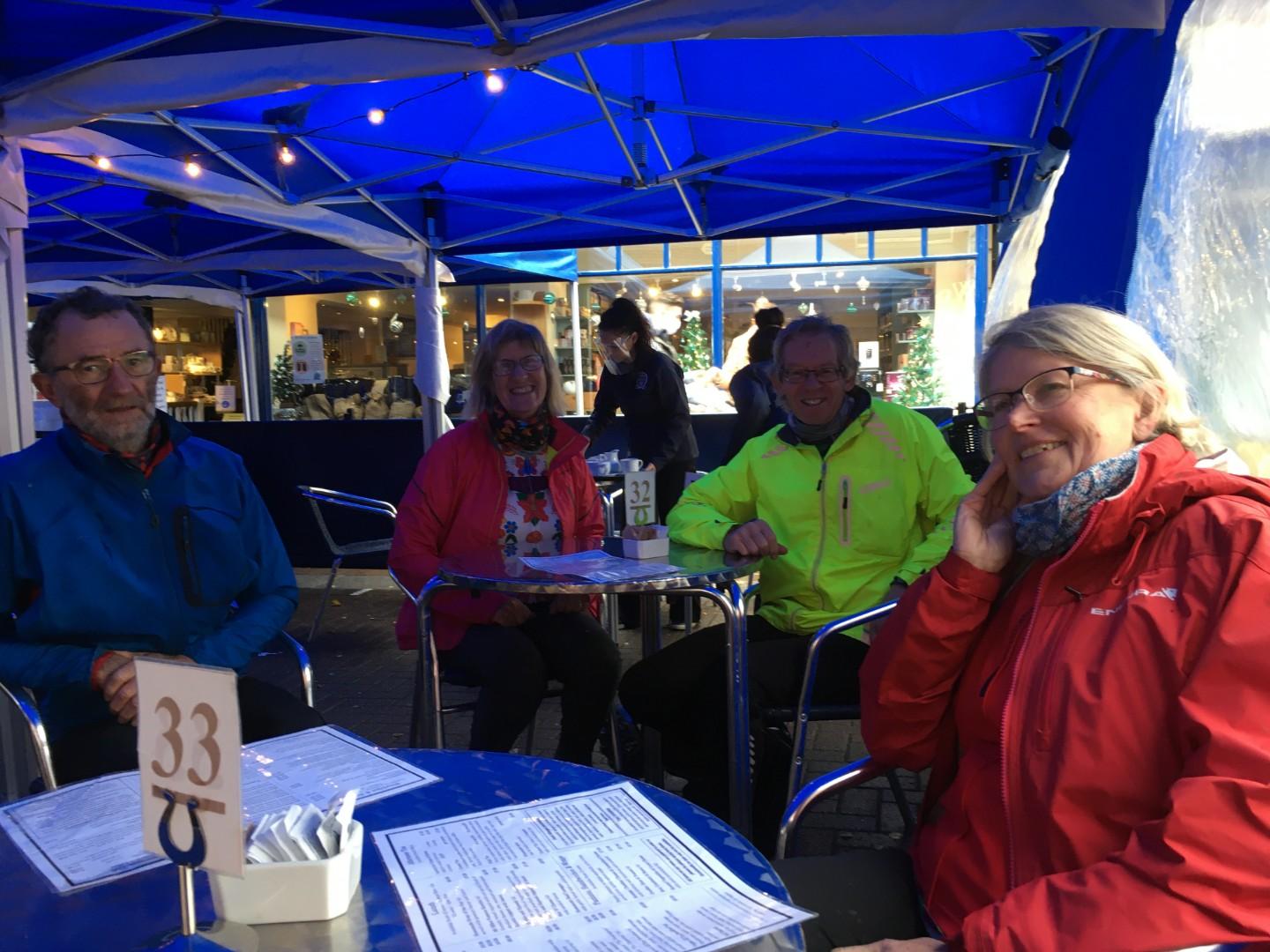 The Taunton Group's Christmas ride was held on December 13th and started with socially distanced coffee and cake in the gazebo outside Mr Miles Tea Rooms in the High Street in Taunton. Two groups of 3 tandems set off in different directions. Ian and Lisa had planned four routes but unfortunately the more ...
ThreeCounties
28/12/2020Update Three Counties Area 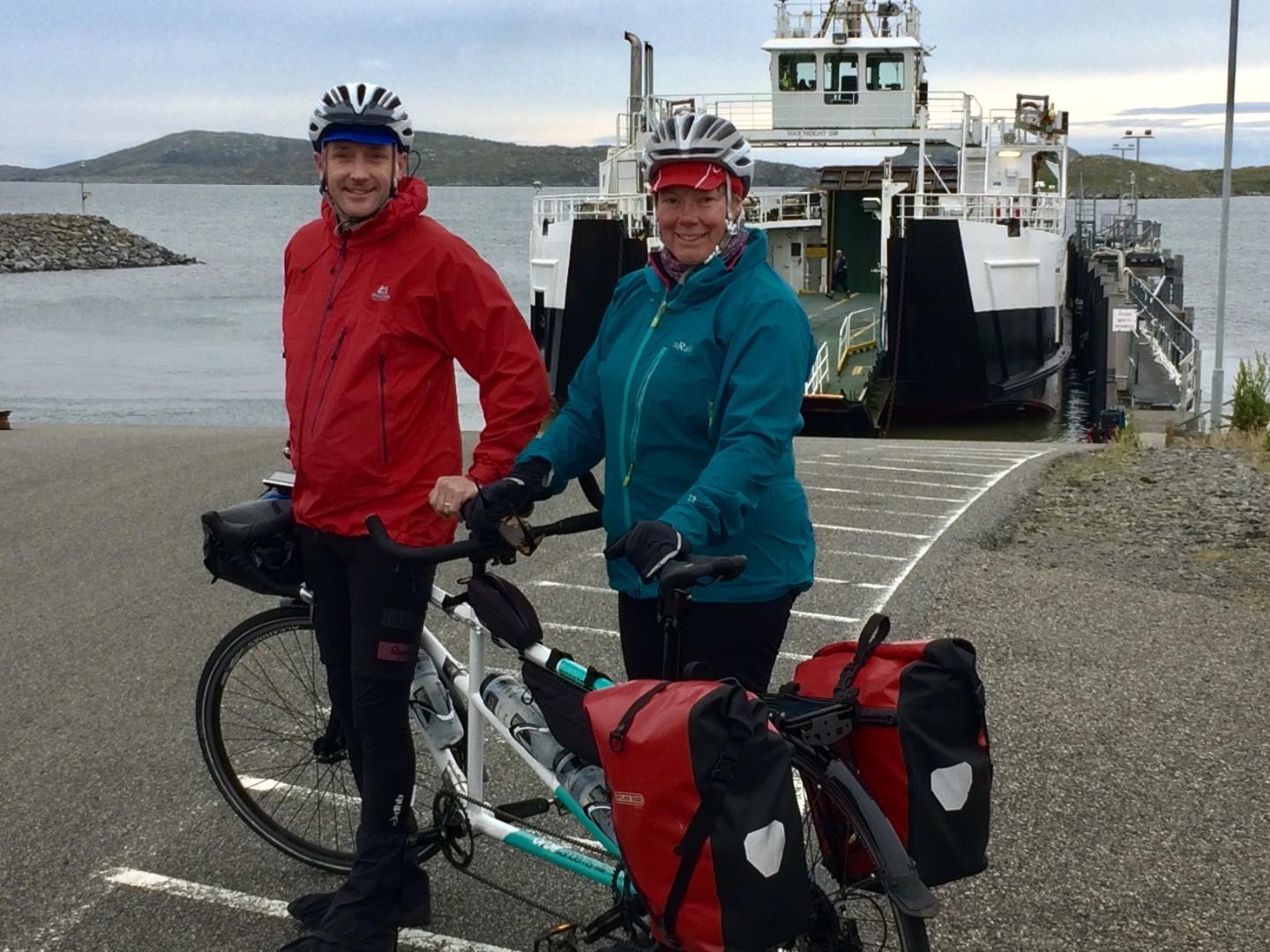