Great News! Paul and Jeannette will be leading the re-arranged Eden Valley ride on Sunday 22nd August.  See the What's On for details.

All of the rallies rides are now available to all members at: https://tandem-club.org.uk/rides?group=tcr2021.

If anyone has any good pictures on any of the rally routes or the rally in general please upload any to the TCR2021 gallery at: https://tandem-club.org.uk/showcase?cmd=view&id=110 so they will be attached to the rally and be available for members and help attract future TC members. If you can mark the rides name/id in the description that will be great as we can then attach them to the particular rides information enhancing this TC asset for future members. Many thanks and great tandem riding to you all!

Special birthday ride to celebrate the Tandem Club's 50th birthday.  Jonathan & Tessa Cox will be leading a special 50th Birthday ride on Sat 9 October 2021 (our 50th birthday) Everyone is invited - but see note in What's On about RSVP. https://tandem-club.org.uk/whatsOn?cmd=view&id=3308

My Wife, Lyn and I have recently taken up tandem cycling in Wiltshire and are keen to know if anyone else around our area is interested in North Wiltshire routes. We would love to get more involved in the Tandem club and meet like minded members. 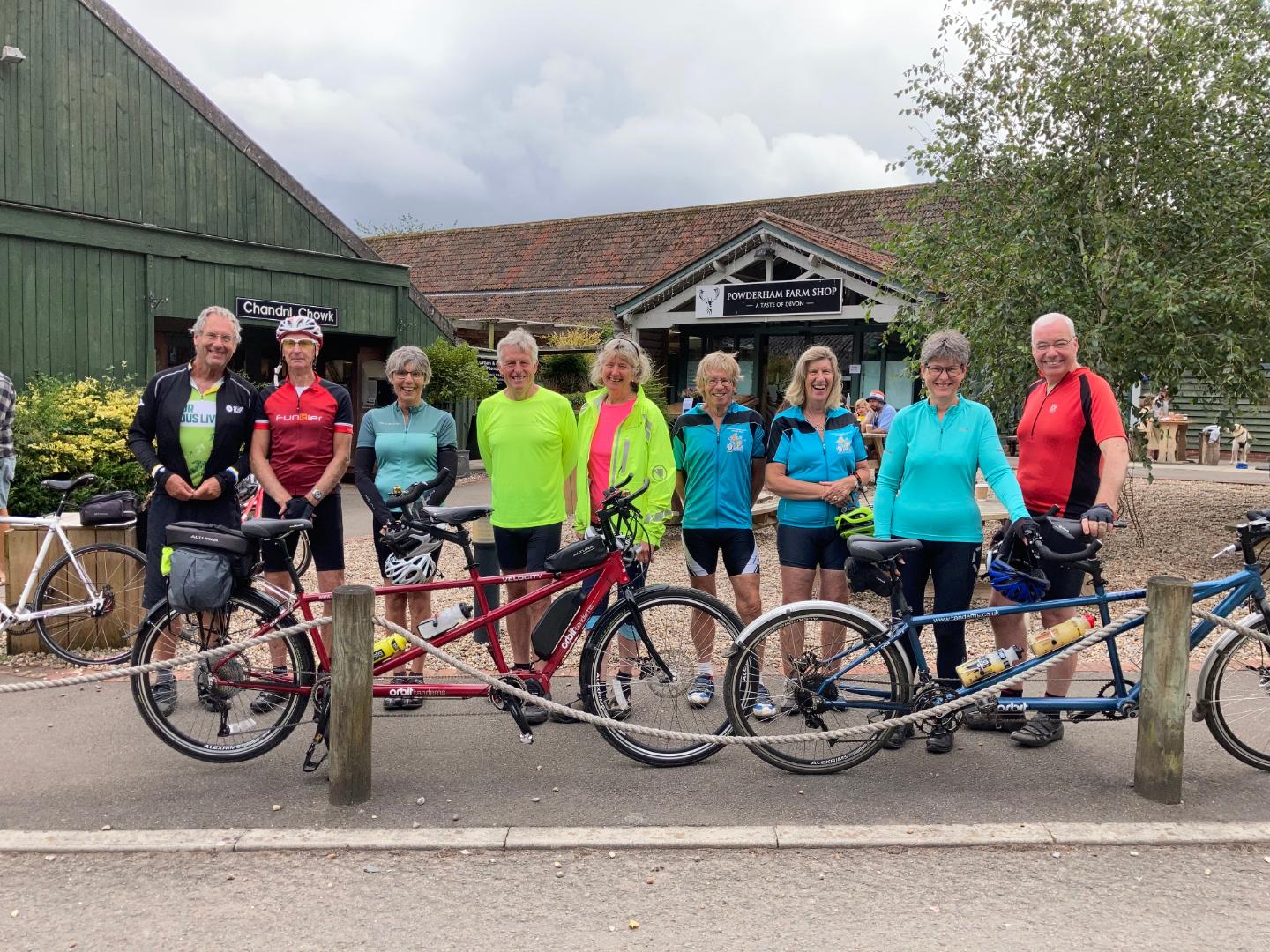 The August ride started from Darts Farm, Topsham. Initially there was a small, select group of 3 tandems- Lisa and Ian, Maggie and Steve, Mark and Liz. Our numbers did, however, swell through the ride.
We cycled over the river Clyst on the cycle path to Topsham, then besides and under the M5 to rendezvous with James, our first extra cyclist.
We crossed the river Exe and went under the M5 again up into Exminster. There was a sharp hill up to the golf course where we turned right and followed undulating, quiet country lanes towards Dawlish. Hedgerows were high but there were occasional glimpses of country and estuary views. We descended down to the Exe Estuary near Dawlish Warren and turned north through Cockwood and Starcross before taking the back route into Powderham Castle. Here Claire and Clive joined us, having cycled down from Exeter, as did Liz who was on dog duty so could not cycle with James. Rain has been threatening but did not materialise so we had coffee and snacks from the Farm Shop sitting outdoors. A fair, following wind helped us cycle back up the estuary on the flat cycle path to Countess Wear where we said goodbye to James. We cycled through Topsham, past the quay, and returned to Darts for a late picnic lunch. Altogether, it was a pleasant day out with great company and all the hills were in the first section of the ride. It was also an inaugural ride for our new “Ruby” tandem and we still had five bars on the battery at the end. 25 miles and over 1,000ft of ascent.
Liz and Mark Nicholson 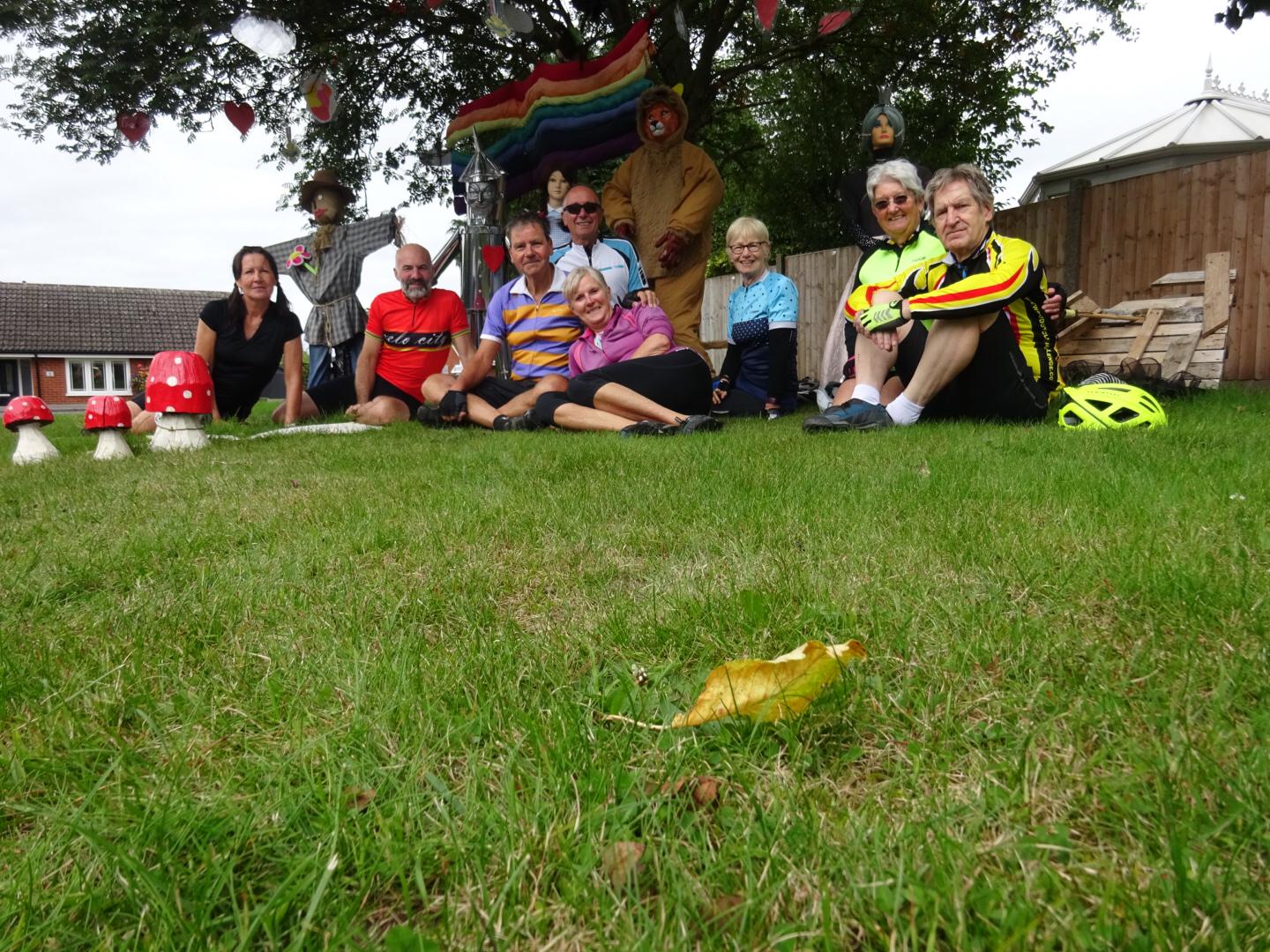 August 2021. A group of 4 tandems had a most enjoyable ride around some South Staffordshire lanes after starting in Wolverhampton. Our ride leaders Ted and Denise showed us their local sights and we all stopped for a tasty lunch at Southan Antiques tea rooms.

In case you get a letter - Club is having a final push to get everyone onto the correct subscription rates. £15 pa for 1 year; £60 for 5 years for a Full Member + 1 Joint Member.

Please check you are paying the correct amount as wrong payments cause extra work. 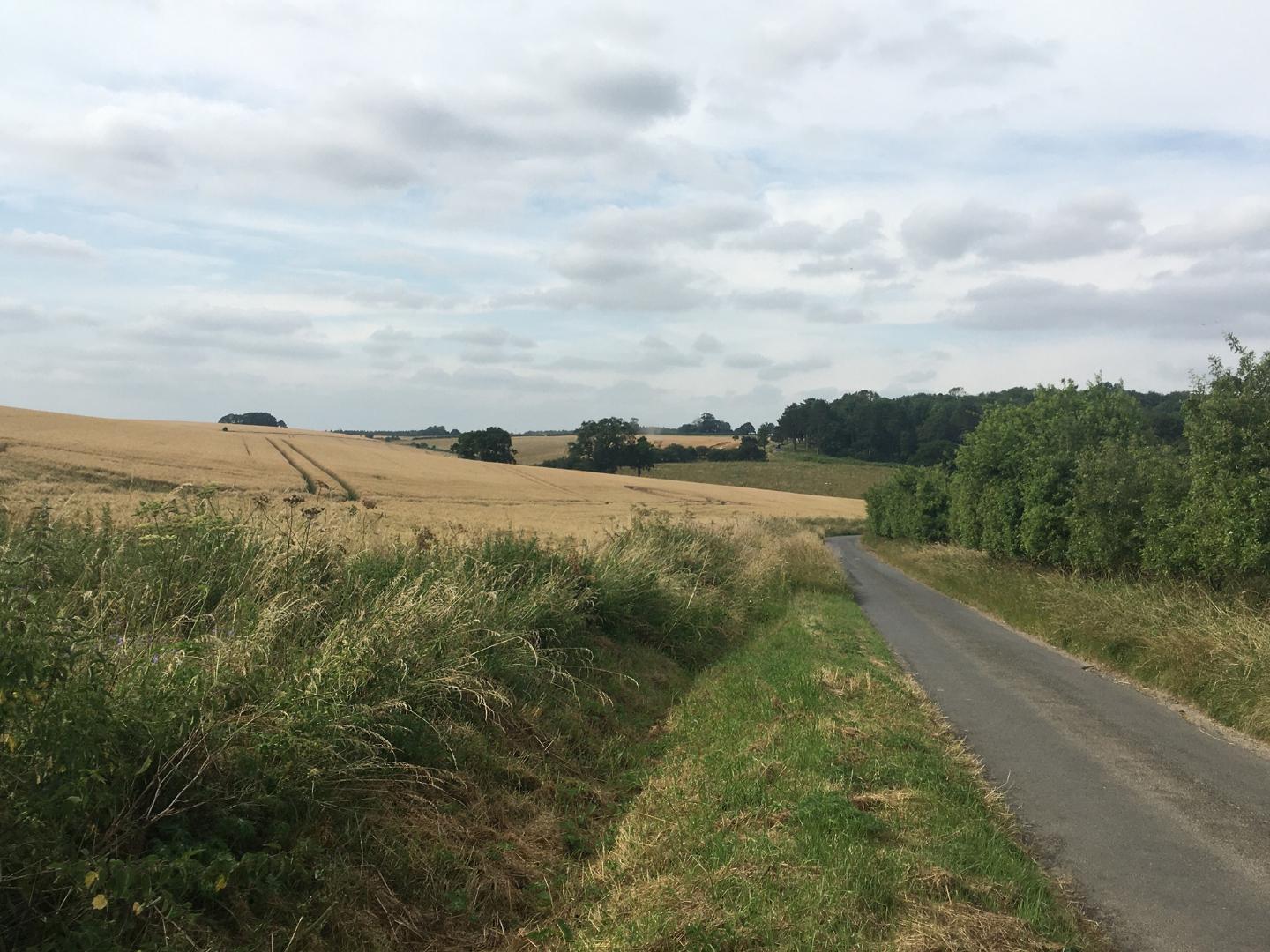 The Tandem Club began in Charlbury (Oxon) on 9 Oct 1971. Jonathan and Tessa Cox invite all TC Members on a 50km (for 50 years) ride on 9 Oct 2021. Start and end in Charlbury; moderate amount of climbing with a few sharp hills.

Options for food in Witney and Eynsham. 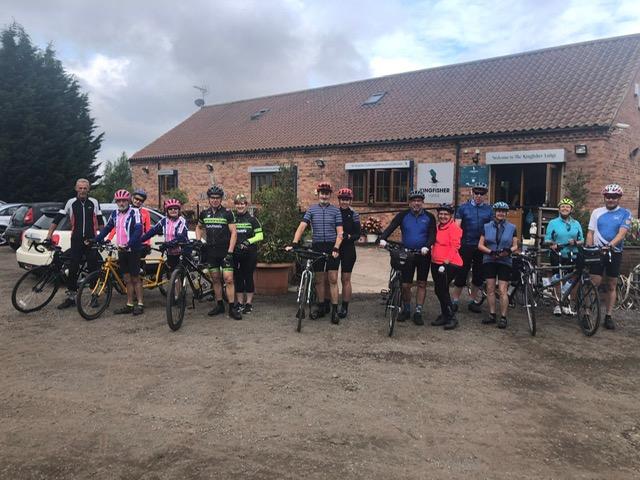 Another great group ride out yesterday. We had seven Tandems turn out, the weather held out, in fact it became quite warm. our new group is growing rapidly, with more than a doubling of numbers since the first one. with 30 members in the region, im sure there's still more to come. 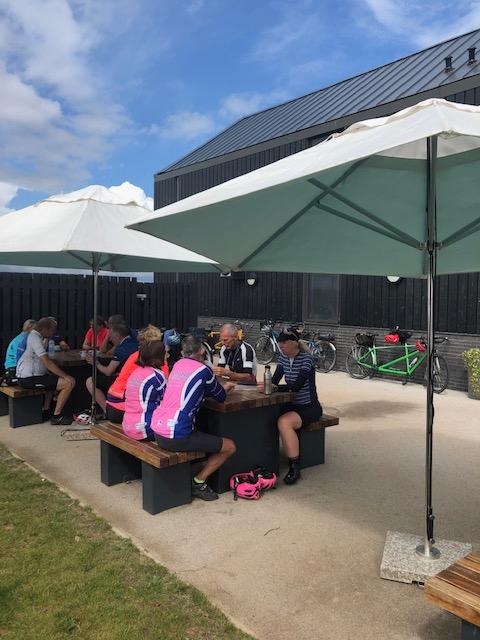 Yes nice ride yesterday and it was really good to get 7 tandems out. Really enjoyed the company.

19th September 2021 ride : Starting from The Waterfront Cafe, Benson at 10:30 after elevenses. 35 mile ride with lunch at the Red Lion Charlgrove. Attendance confirmation to peter.hallowell@btinternet.com by 6th September

Thanks to all who have paid the right amount for your annual or your 5-year subscription for Club membership.

Please pay the correct amount as the Club will only accept correct payments from 1 Sept 2021. Thanks.

Our next group ride is on 12 September starting from Padiham Leisure Centre and will be led by Malcolm and Gillian. They have a superb route planned for us.  See the 'What's On' for details.  Please let Malcolm know if you are planning on joining us. 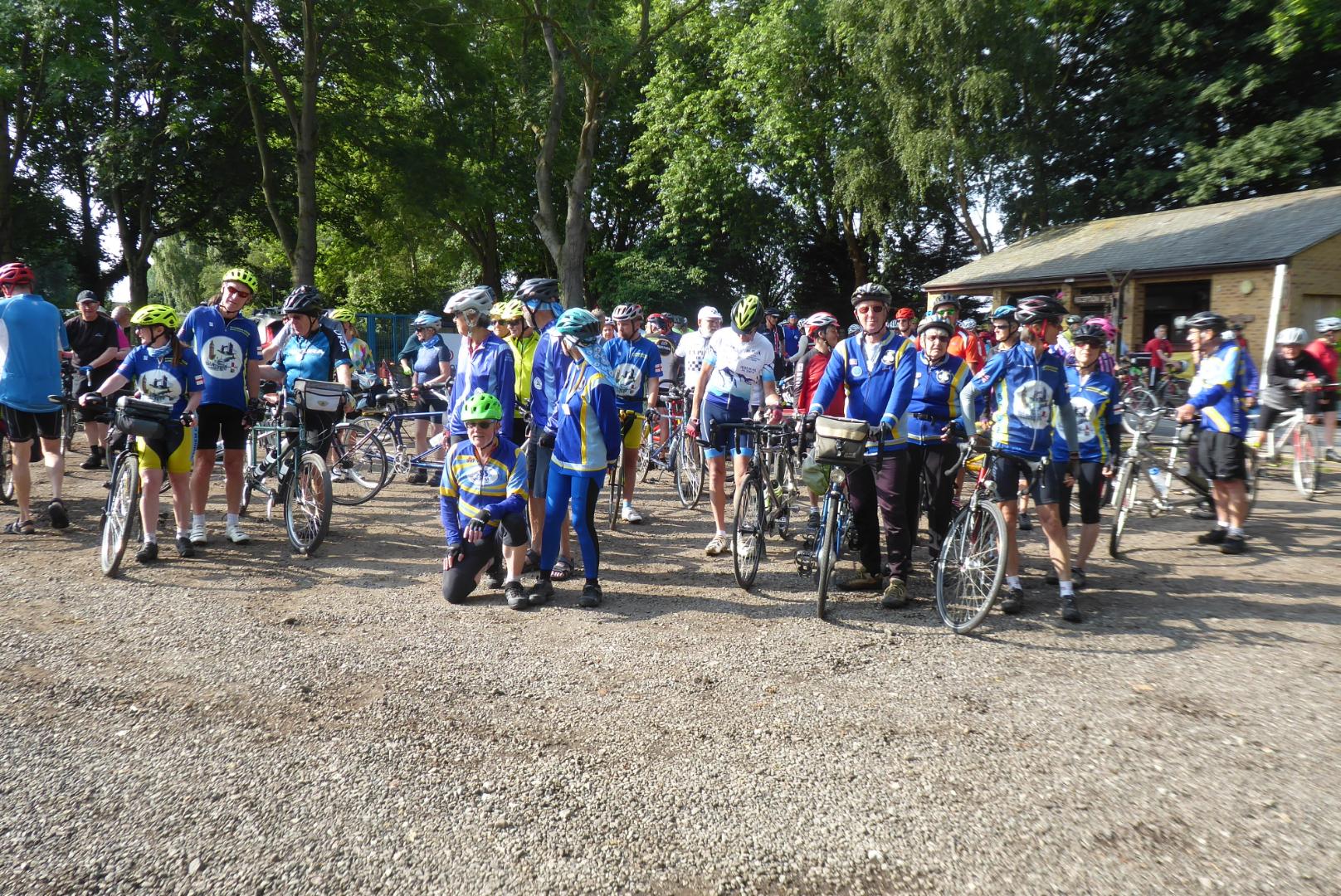 The local papers in Witney have picked up that we are coming to Charlbury on 9 October for the 50th birthday ride:

We have planned a ride to watch The Tour of Britain pass through Melmerby on Friday.  It's an out and back route from Appleby.  We will aim to leave the bridge at Appleby by 10:30 and cycle the 15 miles to Melmerby, getting there around midday.  See the What's On for details.

Two rides to look forward to in Wessex this autumn: Sunday 26th September from Southbourne via the sandbanks ferry to Swanage, and Saturday October 30th from Chandlers Ford into the New Forest. See rides list for details.