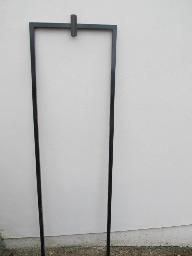 Getting Tandem to Lands End

Just wondering if anybody has any experience of getting a tandem bike down to Lands End for the start of LEJOG? We live near Gloucester. Was thinking of train but that's looking tricky with problems with space on tains for tandems. Am also thinking of driving down and leaving car or van parked somewhere nearby for the two weeks but again any advice.or ideas on whether this could be done would be appreciated. Does.anyone know of somewhere to park for instance?

Should you be joining a led tour the organiser may be able to help you as they often have powers of persuasion with the departure hotel. Van hire is problematic, we are not aware of a van hire company that has a one way rental where you could deposit the van close enough to Land's End.  Our solution would be to ride to the start as you are obviously fit enough to ride LEJOG.

Have a great time, it's a wonderful ride.  We have completed it twice.

I never have organised done anything like what you are planning, but when I travel and need to leave my car somewhere I book private driveways etc and never had a problem finding a place (but I book well in advance however).

Sites / APPS such as parkonmydrive, justpark, yourparkingplace, rentmydrive might help you find somewhere you can leave your car or van on the dates you need.

Hope one of the above sites/APPS helps you.

The only other option I can think of is parking at Land's End airport.

I never have organised done anything like what you are planning, but when I travel and need to leave my car somewhere I book private driveways etc and never had a problem finding a place (but I book well in advance however).

Sites / APPS such as parkonmydrive, justpark, yourparkingplace, rentmydrive might help you find somewhere you can leave your car or van on the dates you need.

Hope one of the above sites/APPS helps you.

The only other option I can think of is parking at Land's End airport.

We did Lejog some years ago and had a lift to Lands End but at the J-o-G end we made use of a small bike transporting fellow/van to get us to Inverness and then one way car hire (Hertz Rental) to get us back to Hampshire.

Clearly not the neatest solution but the only one we found - required a bit of tandem dismantling and to-ing and fro-ing between home and the Hertz depot, but doable none the less.

We also did a one-way hire with Hertz from Baden-Baden to Calais after a Rhone/Rhine tour and got the tandem in the boot of a Hyundai i30. Basically if I could stretch my arms and get finger tip to finger tip diagonally in the boot/hatchback area (approx 1.8m), the tandem would fit (less a wheel and rack or two).

I've no idea if one-way hire is still available though.

Good luck - LeJog is a great adventure to be had so I hope you find a way.

We live near Penzance and would be happy to help if we can. We have plenty of parking space if you want to leave a vehicle here.  Or could help you get from Penzance to Lands End.  Feel free to contact me by email : jdfazaks@yahoo.com or find me on Facebook if easier.

Good luck with your planning

A friend who has completed LEJOG quite a few times now always did it like this:

Find a B&B in penzance who will look after his bike for a few days. Drop bike off at the B&B, drive up to Lands end drop the car/van off there *I think* at the Ferry car park. Get the train back down to Penzance (which sounds like an adventure in itself from how he described it). Do LEJOG, drive back.

I'd like to offer any personal experience but my one attempt failed. For that though we drove down to Penzance, my wife drove me to Lands end first thing in the morning then shadowed me for a couple of days in the car then went home. I managed to ride as far as home (Wigan) by which point my knee started hurting a lot so I did the sensible thing and called it a day. if you can find a friend who is willing to do similar (drive you to Penzance) that would probably be the least difficult option.

The frequent Bristol to Penzance train services by Cross Country use Voyagers with a tight vertical storage space for bikes so unless you have a separable frame and can get two reservations that does not look like an option.

GWR run four carriage HSTs in Cornwall and Devon, the longest route being Exeter <-> Penzance. They also run HSTs Cardiff <-> Taunton so it might be possible to do Bristol to PZ with a short bridging ride in the middle. Both of these longer routes are infrequent. If you want to consider this idea, let me know by email at trains@tandem-club.org.uk and I will have a look at the possible timings with the current timetable and train route diagrams. We looked at this pre-Covid, planning a trip to Wales and it looked possible but the pandemic arrived before we did it. Not having to go off again to collect a car after a long trip is a plus.

There is strong demand for long term parking for trips to the Isles of Scilly with several well established commercial options in Penzance and near the Land End Airport which is a few miles from Lands End. Search the web for parking for Isles of Scilly.

We live in mid Cornwall and could give you off-street parking but it would be about 40 miles to Lands End.

When we did JoG->LE in 2009 we took the train to Inverness via London, cycled up to JoG via Betty Hill, then cycled back to LE and then rode the short hop home. Since then GWR has introduced new Class 802 long distance trains and so far have not allowed tandem carriage on them so Cornwall to London is not possible with a non-separable tandem.