Ian and Lisa Warren led the Taunton Group’s July run starting from Creech St. Michael in very hot sunshine welcoming Clive and Emma who had driven down to join the group from Midsomer Norton. The group, which included 4 tandems, 2 solos and 1 recumbent left for the first 10 miles to the coffee stop at Langport. Suitably refreshed, the group continued to East Lambrook for lunch and a well-earned pint of Palmers following the fast pace set by the solo riders. The run then continued on through Barrington with a final tea stop at North Curry community café before returning to Creech St Michael. A very hot 36 miles which we all agreed was the fastest group run yet! 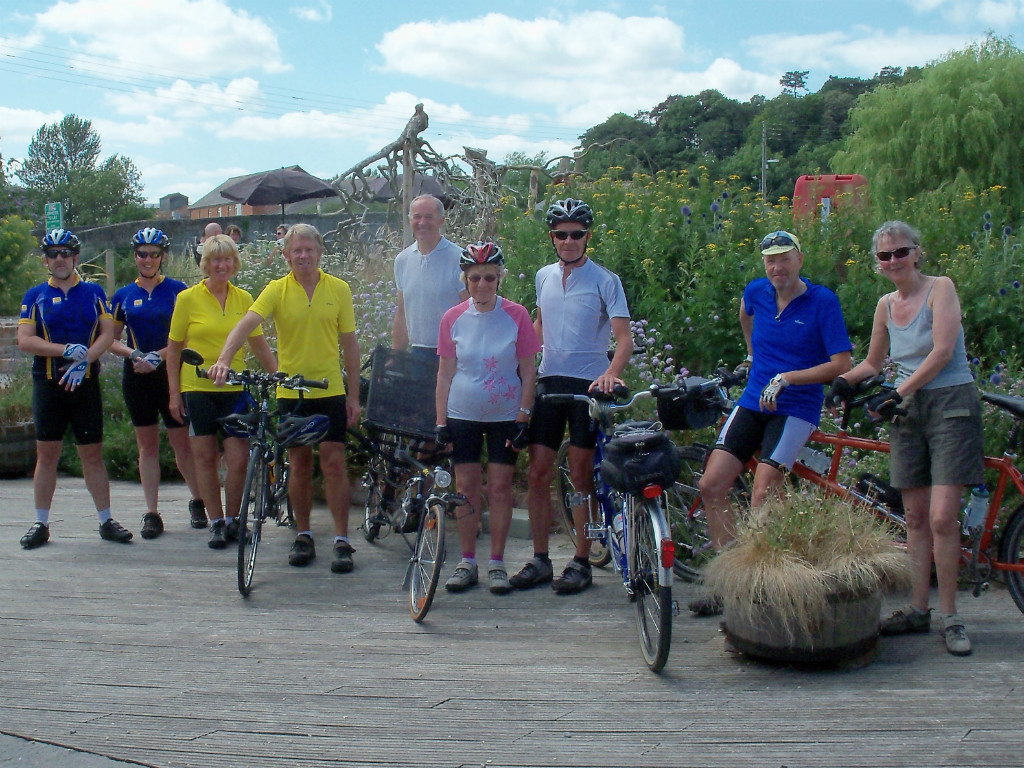