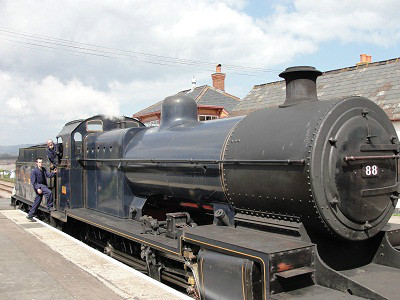 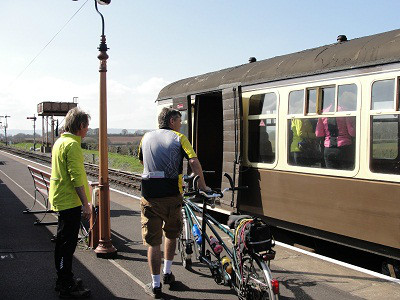 The 20 miles to Blue Anchor Bay are probably the easiest we will ever do. That’s because we decided to use steam power and let the train take the strain .Is the

West Somerset Railway the most tandem friendly railway in the world? They welcomed us with a special van just for the tandems. 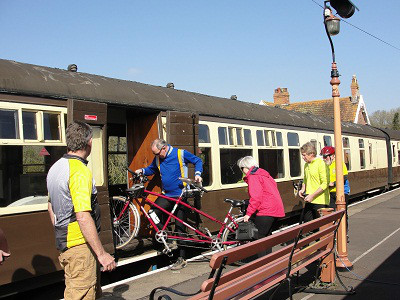 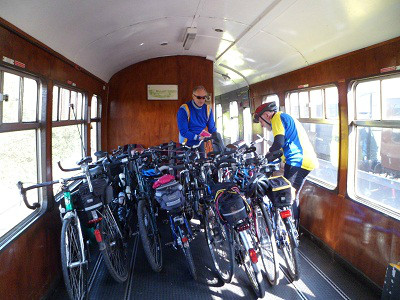 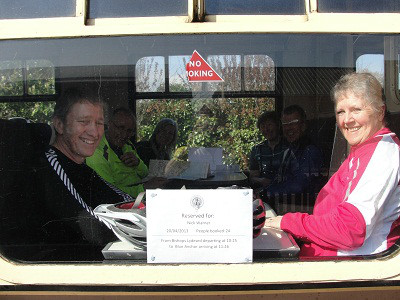 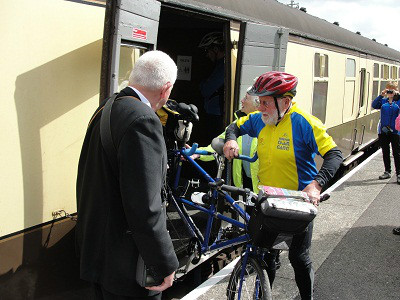 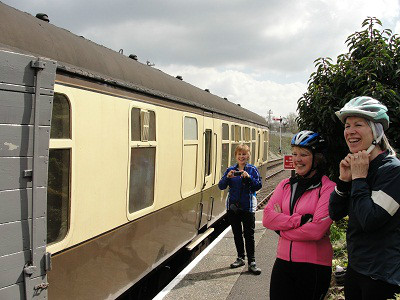 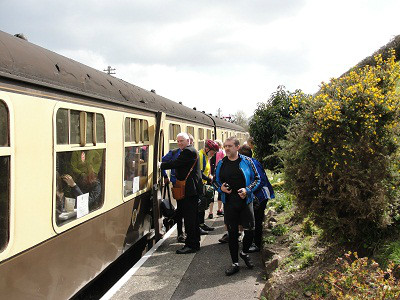 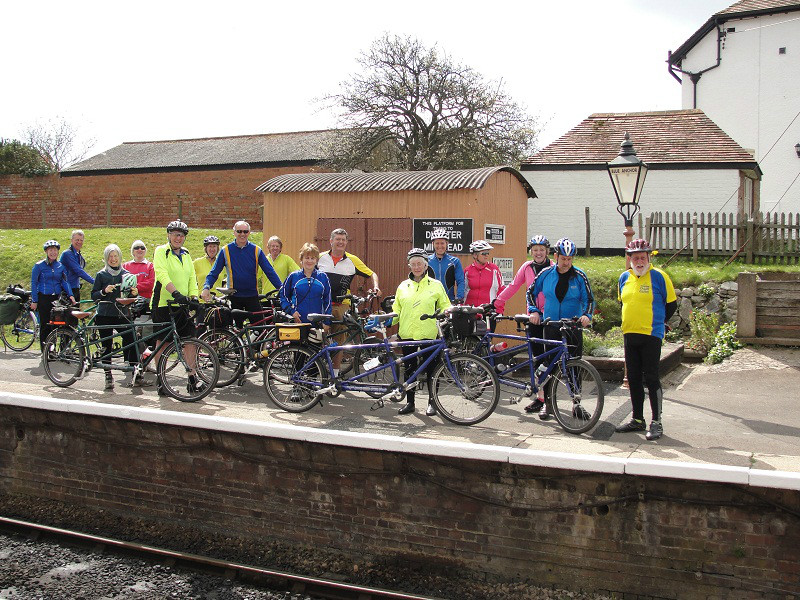 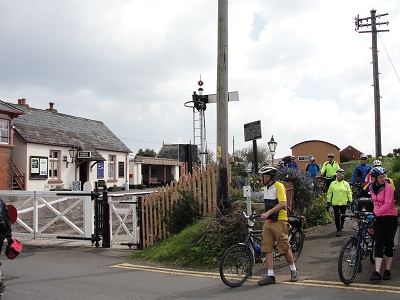 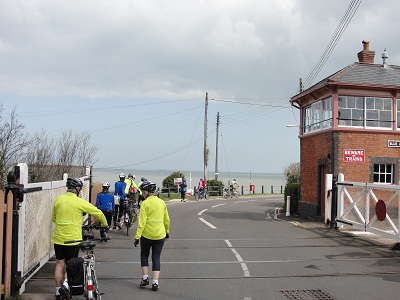 Then nine tandems cycled back to Bishops Lydeard. The route took us East along the rolling shore, due to a misprint for which I blame myself entirely, it took us out to sea towards Wales. Fortunately someone spotted the error and redirected us inland. This involved a selection of Somerset’s best hills. There should have been three of them but others emerged en route of various sizes and inclinations, largely upwards. The lark was upon the wing.  Daffodils, primroses, one cowslip (easily missed as positioned on a sharp descent) and heaps of frolicking lambs, contributed to making the perfect Spring day. We lunched at the White Horse in Stogumber: an odd sounding name for a village, but more odd in 1291 when it was called Sock Gummer. It is a place with no association with the sock industry or even the glue industry: brewing mainly in case you were interested. 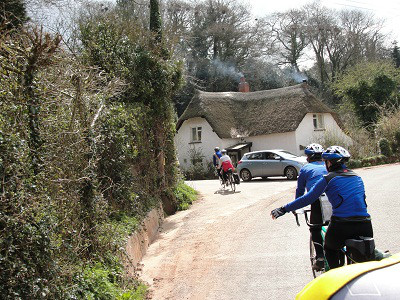 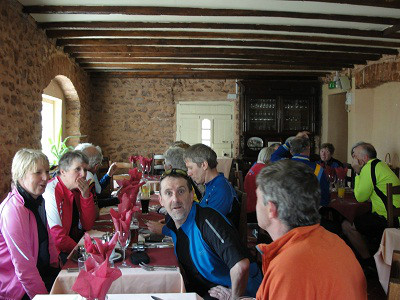 From there we ascended more hills then cycled through woods with a variety of trees and undergrowth.  We reappeared alongside the railway line. Steam trains whistled and chuffed and we waived. Great company and a great day. Top marks to West Somerset Railway.