This is a Tandem Club regional group. 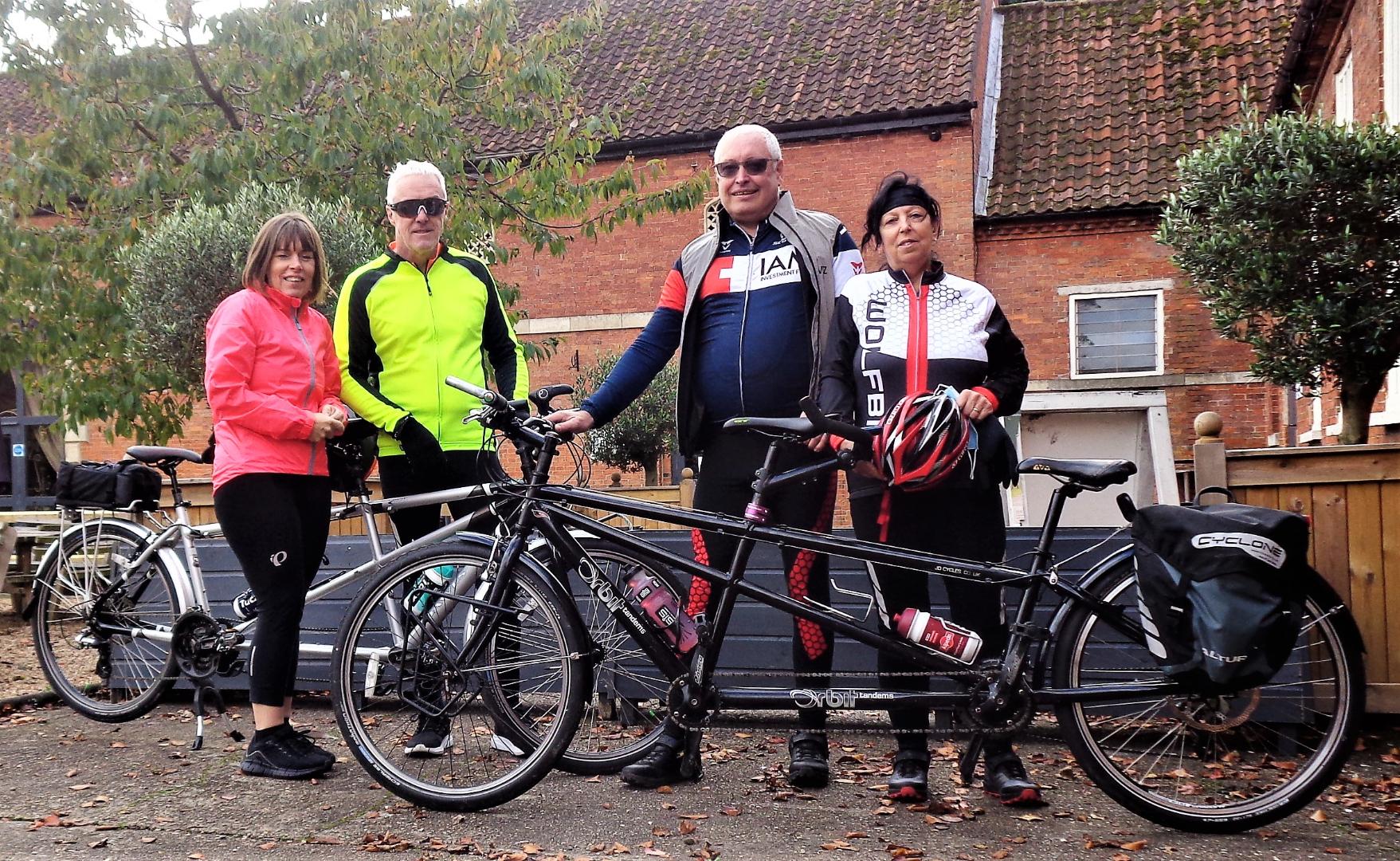 On the 11th October 2020, Peter & Lyn Hobson met Derek & Wendy Perry had agreed to meet in the small village of South Ferriby. 3 miles from the Humber Bridge. This was the first meeting of the Humberside Tandem Club. Both teams greeted each other with enthusiasm. Following greetings and introductions, some friendly banter between the two veterans the cycling got under way. Down the leafy lanes of Horkstow to the historic Roman village of Horkstow. One of the 5 low villages on the edge of the Lincolnshire Wolds. South Ferriby, Horkstow. Saxby All saints, Bonby and Worlaby. The church in Hokstowe is a 12 Century church built by the Knights Templar. In 1797 a 4th century Roman mosaic, part of the Horkstow Roman villa, was first discovered three sections of a tessellated Roman mosaic pavement depicting Greek mythological figures were discovered by workmen in the grounds of Horkstow Hall. The pavement was taken to the British Museum in 1927 on permanent loan, but was transferred to the Hull and East Riding Museum in 1974. Historic folk associations with the Grange Inspired the Steeleye Span band name, and their album Horkstow Grange. Through Horkstow and on to Saxby All Saints. In 1897 a drinking fountain was erected at the centre of the village in to commemorate the Diamond Jubilee of Queen Victoria, Next comes the village of Bonby. In Mid 18century Bonby had a priory of Benedictine Monks. Next village along the route was Worlaby, In1066 Earl Harold the Viking was lord of he manor. Following this tour through History some refreshment was sought in Elsham Hall. Alas from here the teams separated, Derek and Wendy turning right and heading up Elsham hill home to Goxby Hill. Peter & Lyn went left and into the historic market town of Brigg. The area of present-day Brigg has been used for thousands of years as both a crossing point of the Ancholme and for access to the river itself. Prehistoric boats of sewn–built and dugout[5] construction have been found in the town, both dating to around 900 BC. A causeway or jetty also stood on the riverside during the late Bronze Age, although its exact use is uncertain. From Brigg it was a 20km ride along the Roman road of Ermine street. Through a sleepy Hamlet of Appleby and home to Winteringham.

The ability to download all the rides, by a member, in a zip file will be available once the rides have been published here.