Between the Quantocks and the Coast

Could it have been the rumour that there were a few hills involved in this ride that caused prospective crews to drop out during the week leading up to it?  In the event only 2 tandem crews, Nick and Rachel Warner from Trull and Peter and Rowena Merson from North Petherton, met at the Sedgemoor Auction Centre, where we enjoyed a coffee before setting out through the new housing estate under construction at Wilstock. 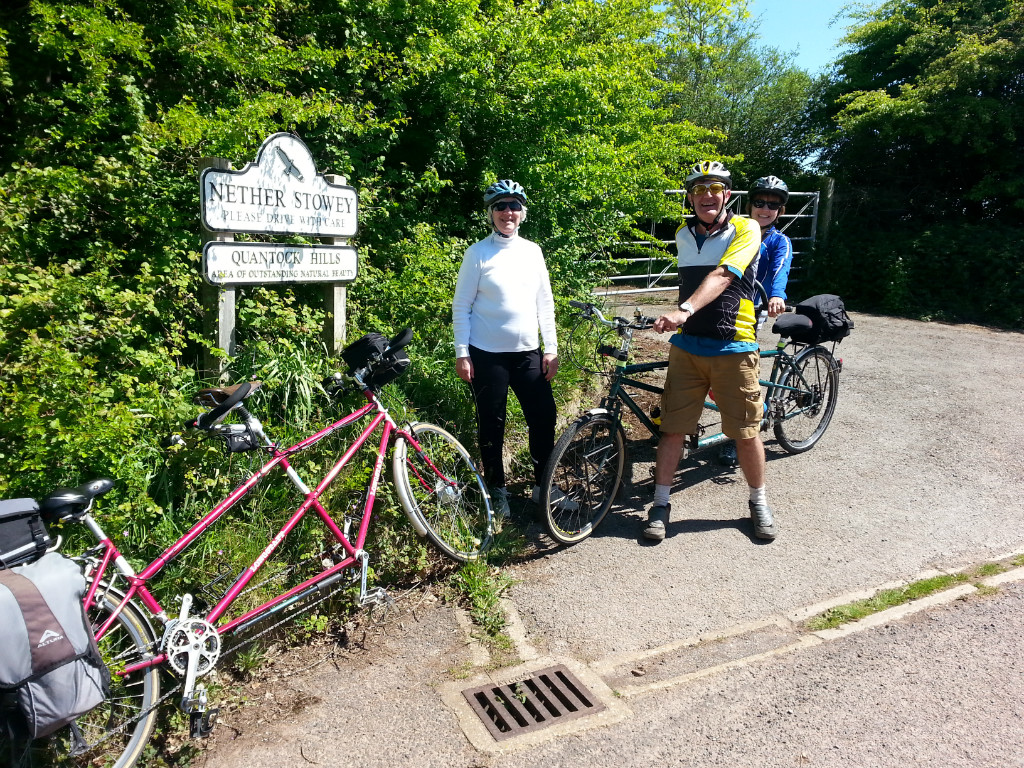 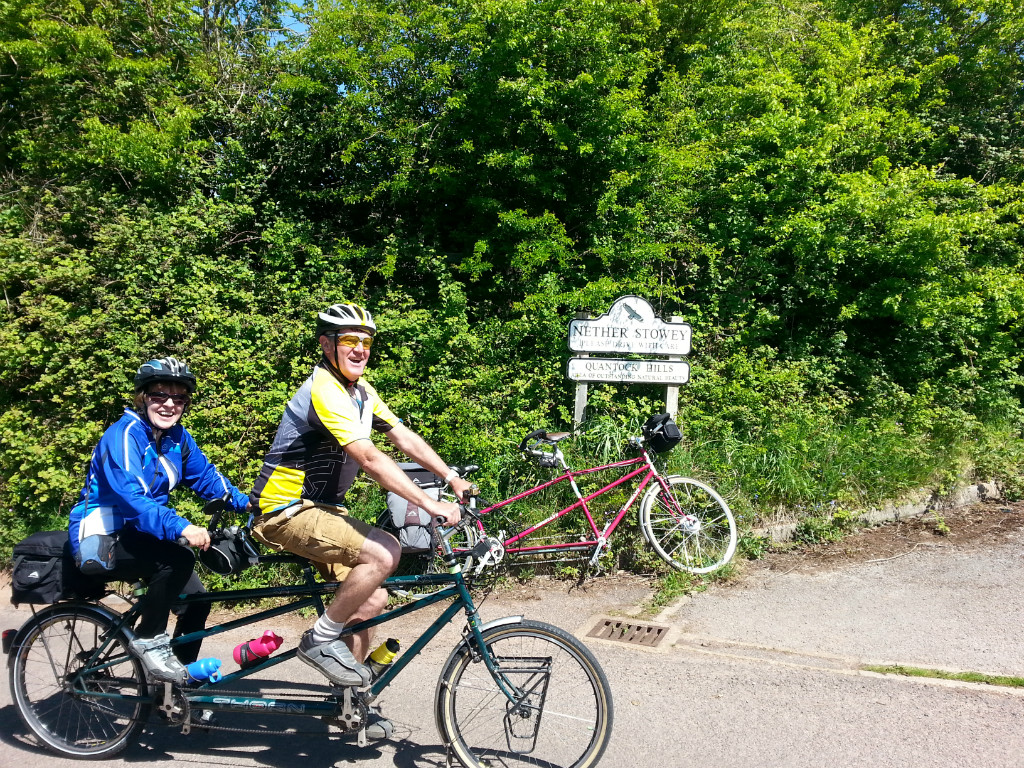 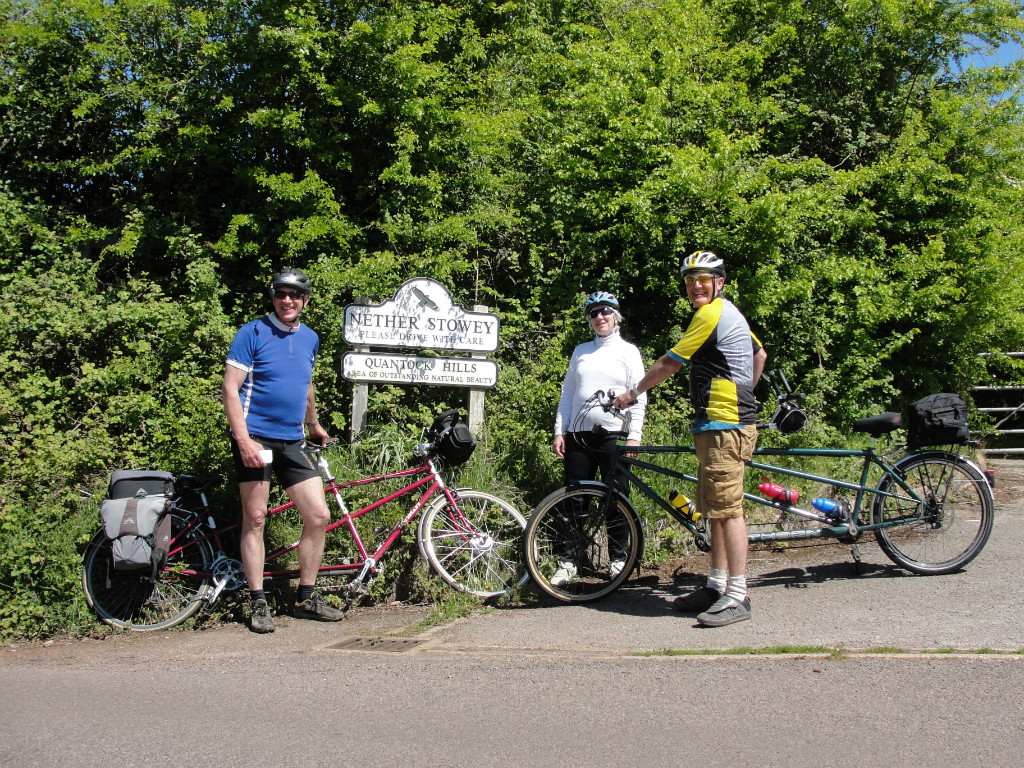 Peter complained that their gears were playing up on the hill beyond Combwich and a mile later the reason became apparent when we stopped and discovered that the sleeve of Rowena’s jumper, which she had tied round her waist, had got caught up in the rear gear hanger.  The sleeve was not improved, but our chain was cleaner and the gears worked fine afterwards.

When we arrived at The Greyhound in Stogursey we found that the pub was about to change hands and the chef had left, so they were not serving meals, with tears in our eyes we set off for The Ancient Mariner at Nether Stowey, where we enjoyed an excellent lunch in the garden.  From there it was nice to have the wind at our backs, particularly as we were now tackling the foothills of the Quantocks.  We were disappointed not to find the usual ice-cream man at Hawkridge Reservoir, but encountered him driving towards us at the top of the long hill between Barford Park and Enmore.  Nick and Rachel placed the tandem across the road and said “you shall not pass until you have served us”, which he did with good humour. 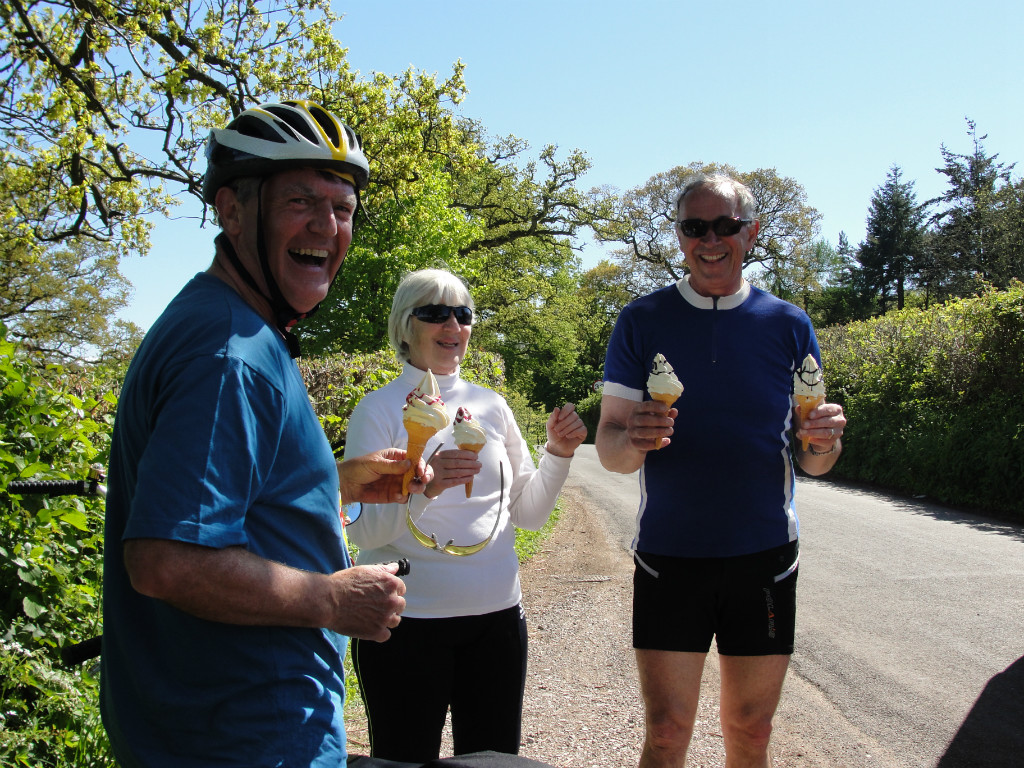 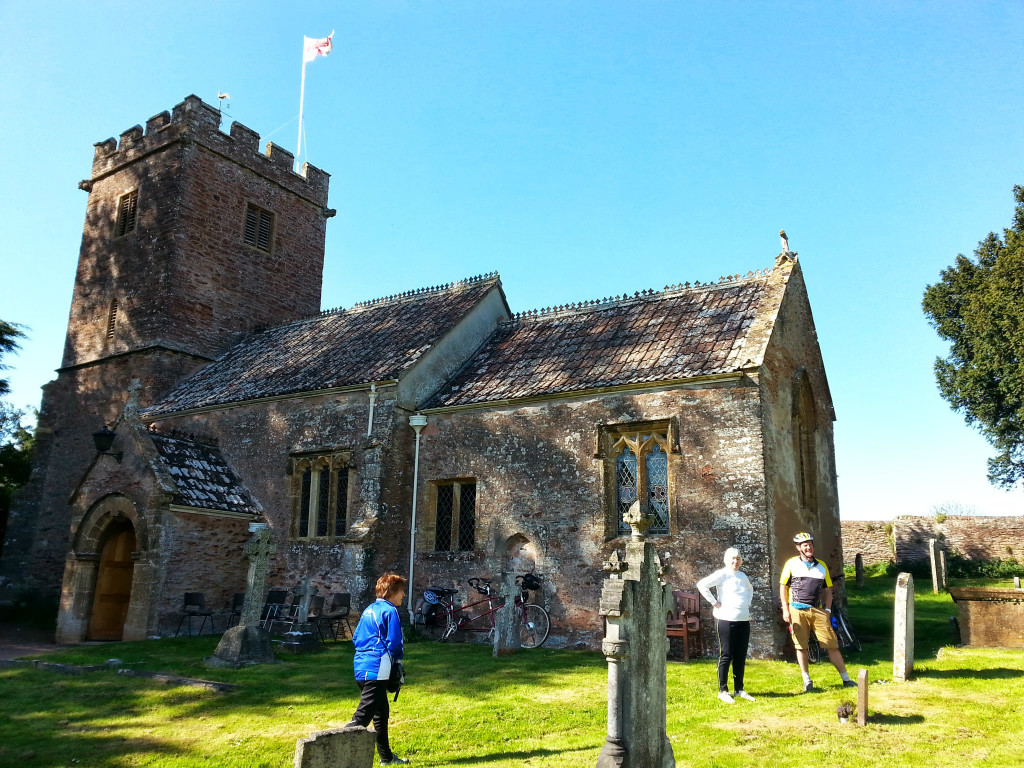 Suitably refreshed we continued along the north-east side of the Quantocks, enjoying superb views across the Bristol Channel and the Somerset Levels.  We had tea at Thurloxton Village Hall and visited St Giles Church where they were holding a flower festival to celebrate the installation of a new stained glass window to commemorate Her Majesty’s Diamond Jubilee.  From there it was only a few miles back to the Sedgemoor Auction Centre. 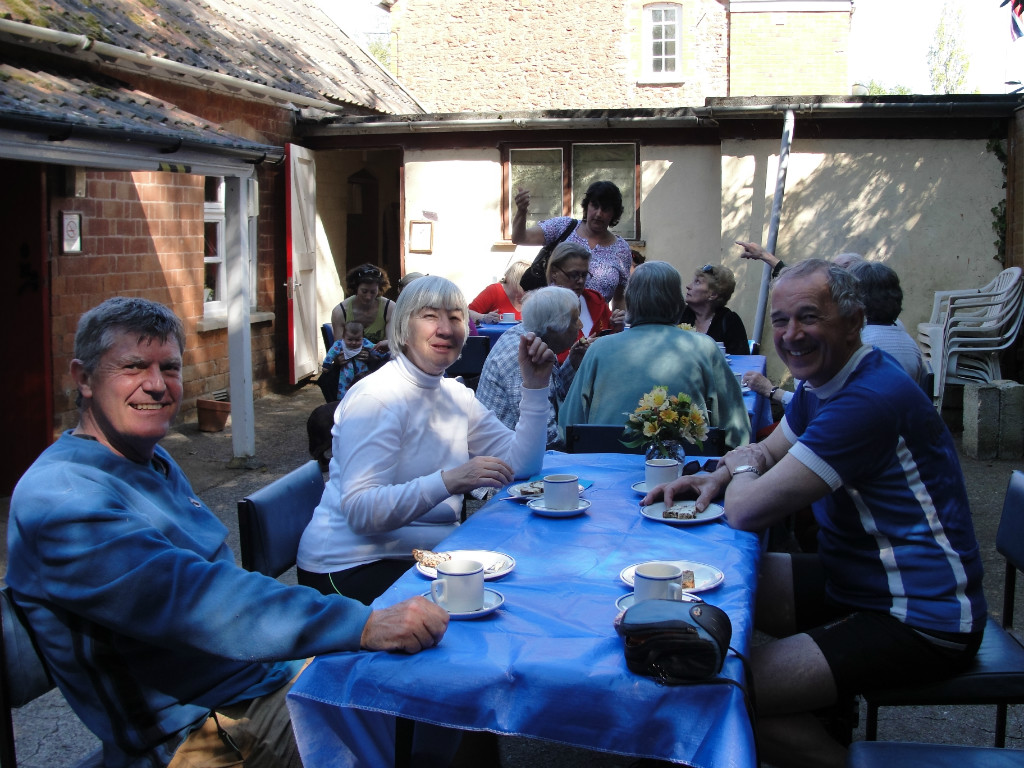 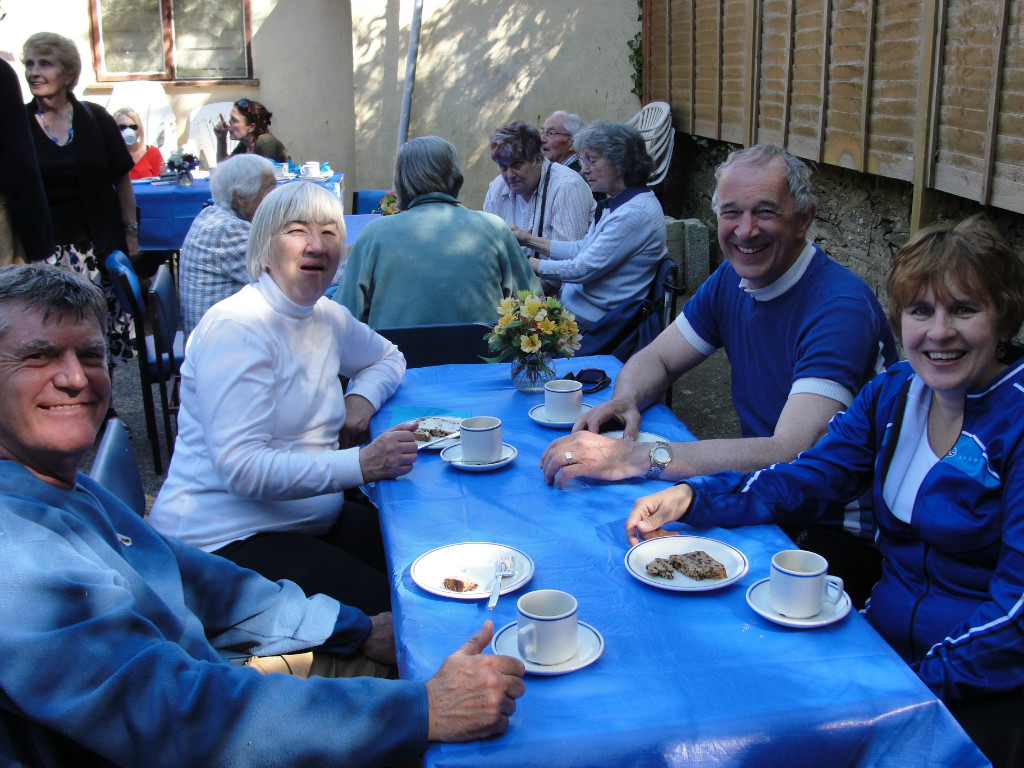 We were blessed with uninterrupted sunshine and superb views along the route through a largely unvisited part of Somerset. It is a pity that we did not have more tandems along for what was a great day’s ride. 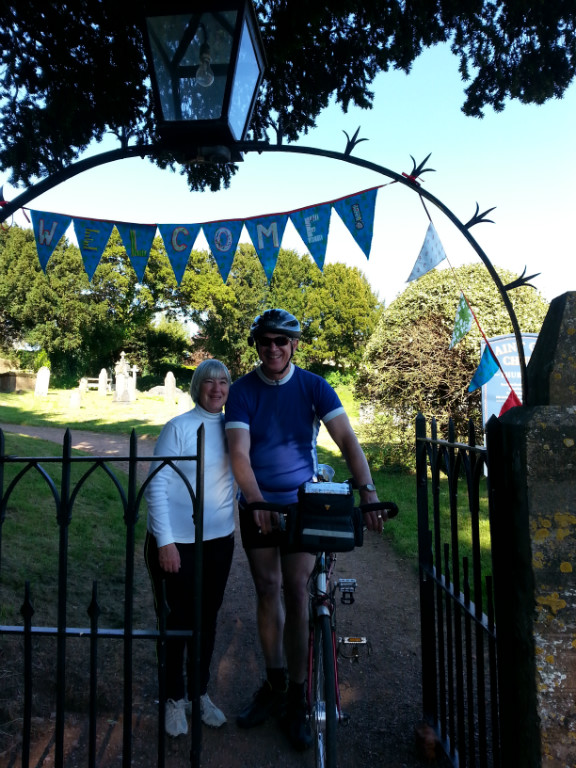 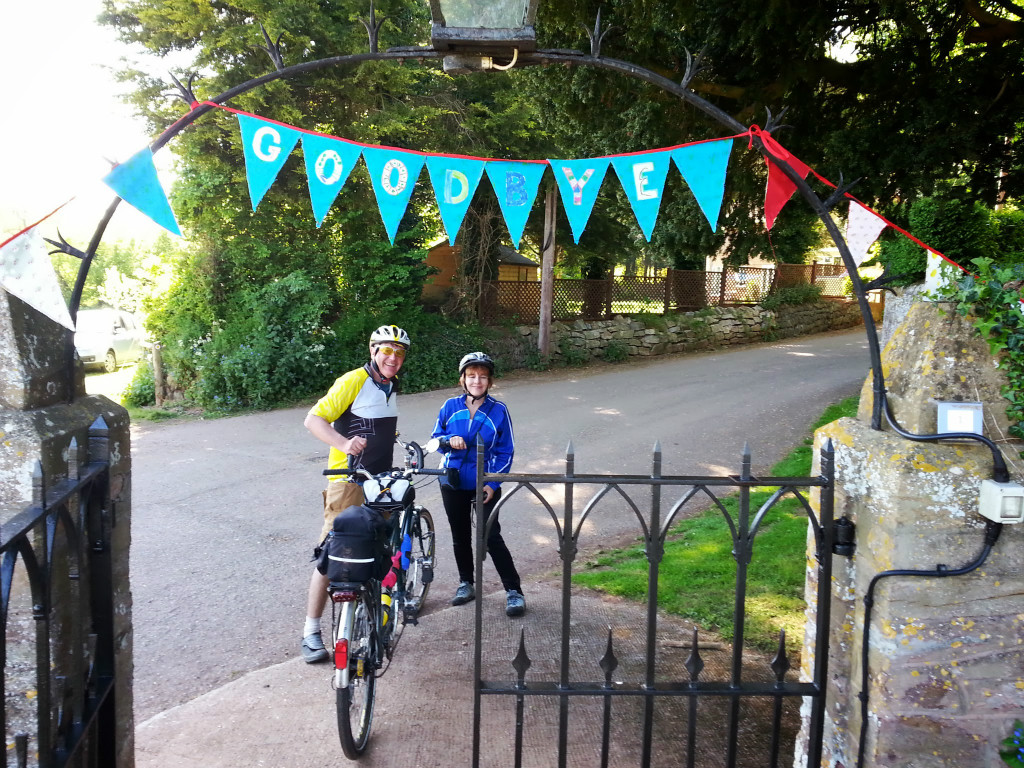