Three tandems plus one recumbent gathered in Chard for the Taunton Group June ride down to the seaside at West Bay. Early morning sunshine gave way to light rain just before the planned departure at 10am. Heading South out of Chard on quiet country lanes the route passed through Forton and Perry Street before beginning the longish climb up to Birdsmoorgate. From here the group descended into the Marshwood Vale a beautiful valley ride with great views of Pilsdon Pen, the highest point in Dorset topping out at 907 feet. Eventually the rain eased away as the group headed through Bridport and onto West Bay where a lunch stop was enjoyed at the Ellipse café on the sea front.  The most prominent feature of the day’s weather was in fact the incredibly strong wind which thankfully was blowing directly off the English Channel and would provide a welcome assistance on the return journey. The return leg stopped off at Broadwindsor Craft Centre where the opportunity for coffee and cake was grasped by all before the final 8 miles back to Chard. 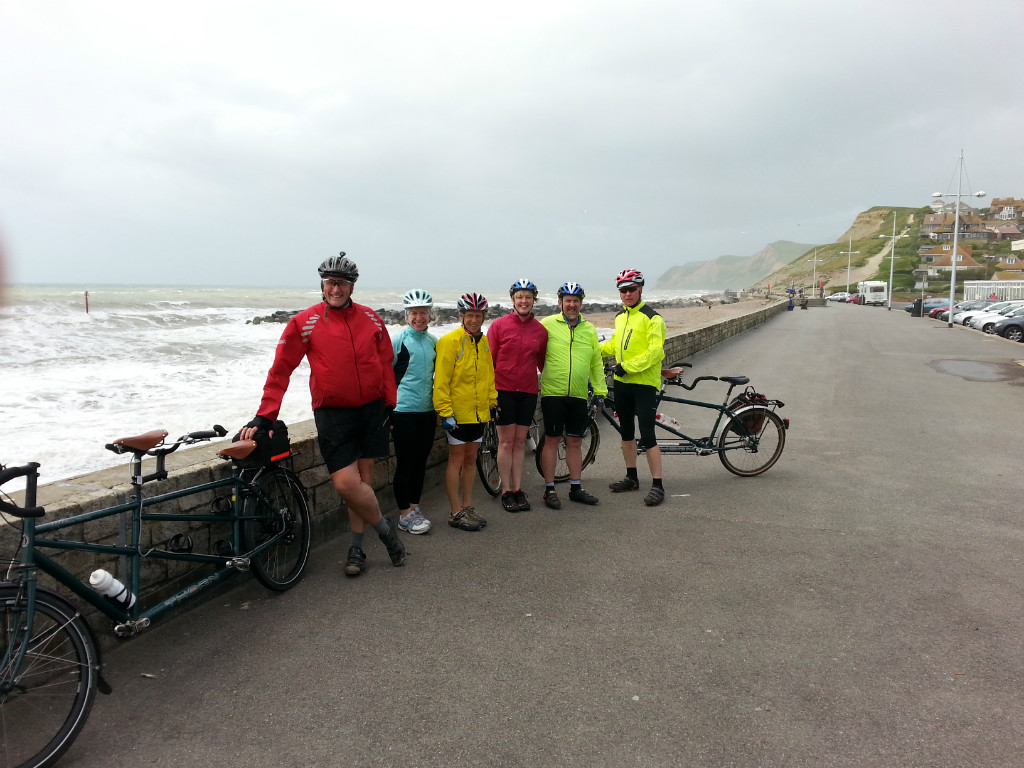 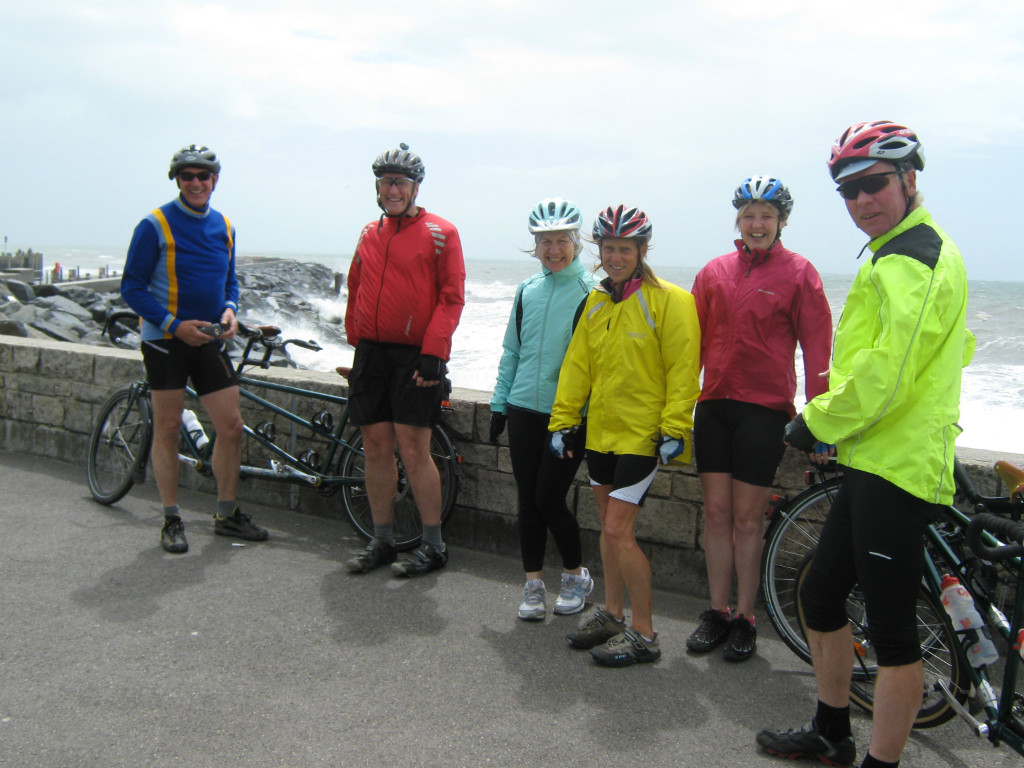 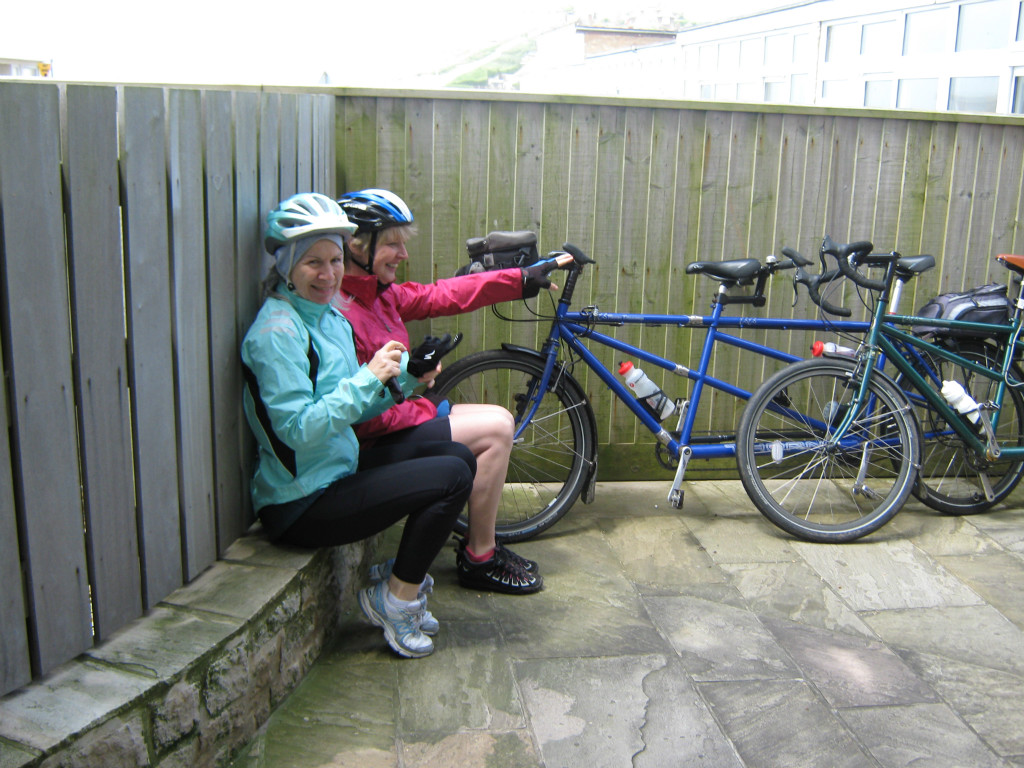 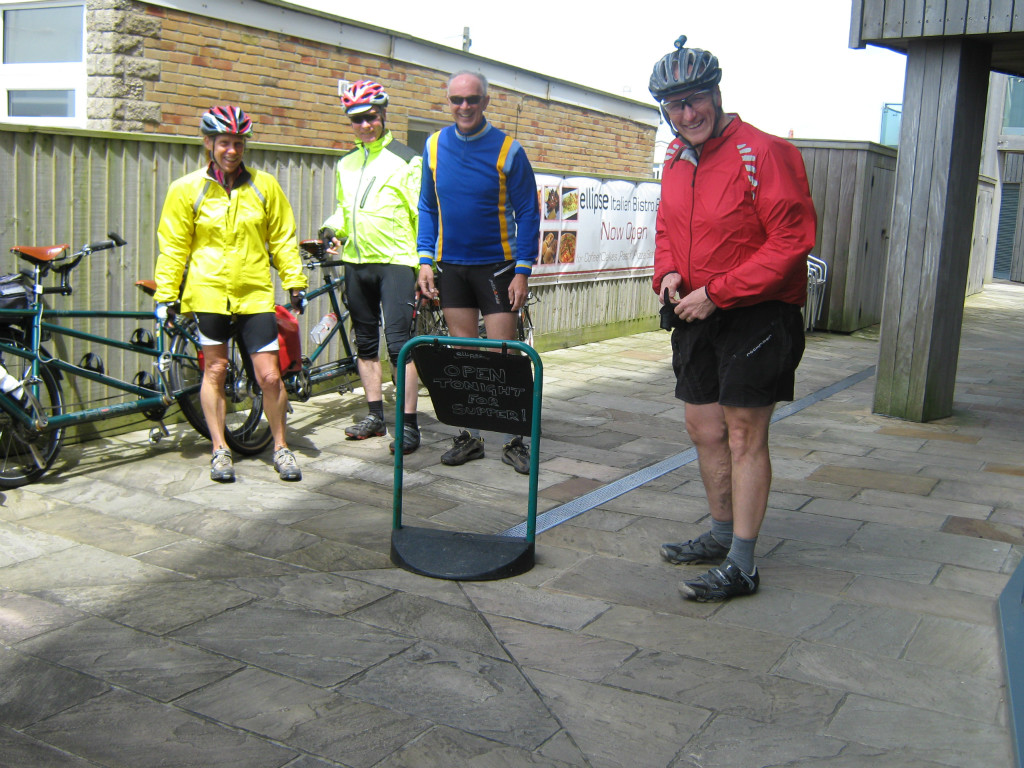