fellow triplet owners list your experiences on your triplet

please dont hesitate to list your own experiences on your tandem triplet.

We found our Helios tripplet became rather slow as the children got heavier (we couldn't keep up with mother) so we are now trying two tandems instead - which will also put a bit more distance between the children! Testing is still at an early stage, but so far so good, although not such a vote for a tripplet!

If you're selling your helios triple I'd be keen! We've got a standard helios and love it but our daughter is now just about big enough to move out of the bike seat and join my son and me on a triple. A colleague at work has one to transport his 4 kids (twins in a trailer...) and is really happy with it.

Hi Adam, if that means you're selling your baby seat  and rack we'd be keen  as we need one to fit our Helios for our 2 yr old!

the seat will go before long but will keep the rack. Can let you know when we do get rid of it!

I’ve recently got a thorn triple tandem for me and my two boys. It’s great, albeit quite hard work when they aren’t helping much! 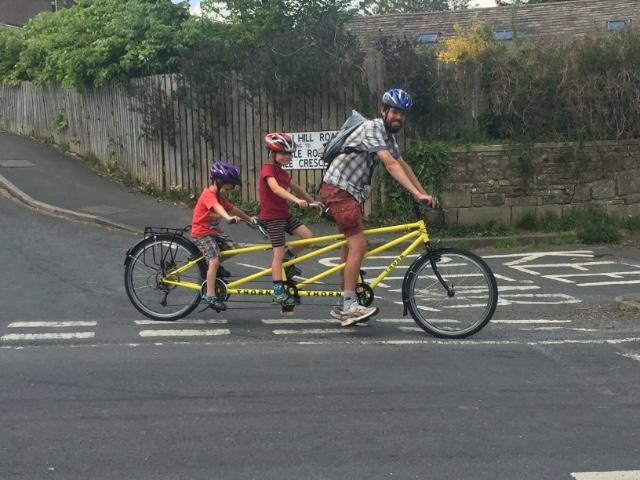